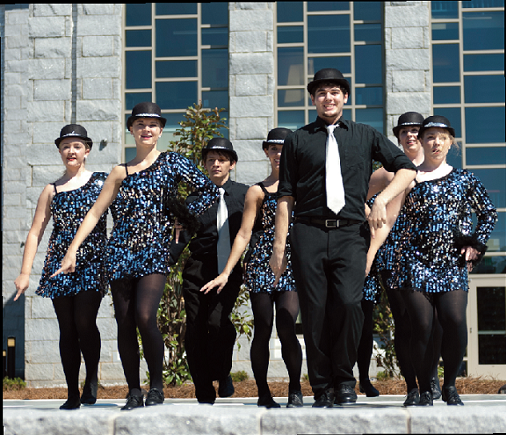 Performances started at 11 a.m. with the first three dance companies.  The performances reconvened at 2 p.m. for three additional companies.

The first company that took the stage was the School of Dance Arts. The company performed 10 diverse routines that featured, hip hop, jazz, ballet and cheer dance.

Nik Chavis, the owner of the School of Dance Arts and an FMU graduate, had positive things to say about her company’s performance and the new PAC.

“The performance went very well…and the facility was amazing,” Chavis said. “I wish we had something like this when I danced in Florence.”

Williams Middle School’s student dance group, PhatPheet, was the second performance of the day. The students performed four different routines, the majority of which were choreographed by the students themselves.

Dolores Johnson, a teacher at Williams Middle School and the overseer of PhatPheet, spoke very proudly of her group and their ability to practice and work together as a performance group.

Johnson also spoke about the performing at the PAC.

“They have accommodated us very well here and everybody has been very nice,” Johnson said.

The second half of the performance began with the South Carolina Dance Theater ballet company.

After a group photo the second company, Kelley’s Fine Arts, began their performance with a jazz routine. They followed this with nine other routines that featured large group numbers, modern dance, and ballet.

The last company of the day was Dancin’ On Main, a company from Lake City, S.C.

Due to a lost CD, Dancin’ On Main had to cut a group performance from their routine, but continued on with solo tap dances, duets, and a large group routine.

Along with their normal dance routines, several of the companies also performed patriotic routines in honor of the 10th anniversary of 9/11.