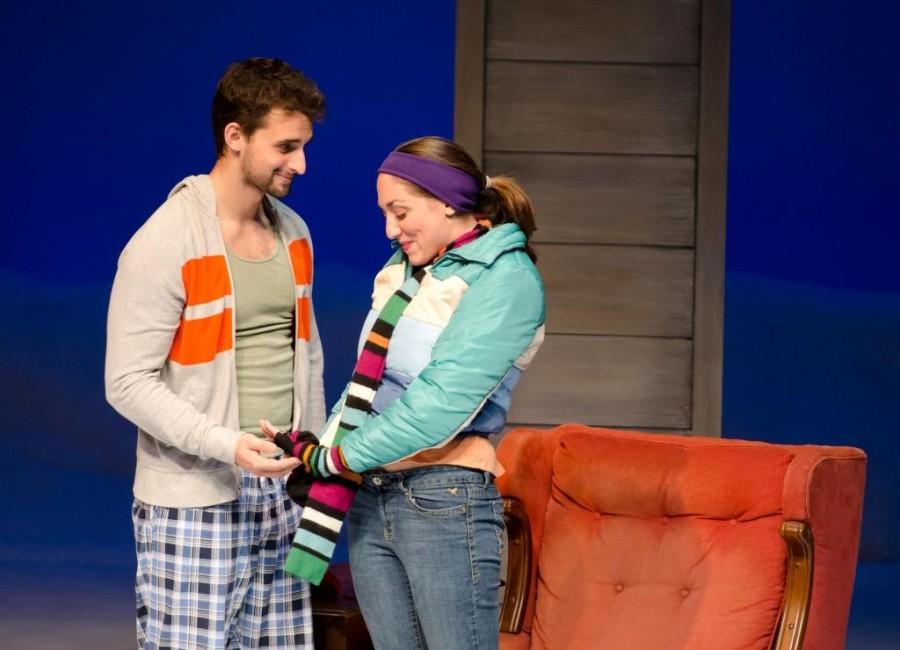 Students, faculty and families filled the Fine Arts Center Theater at FMU for the showing of the romantic comedy “Almost, Maine.”  Showings began Thursday, Oct. 20 and ran through Saturday, Oct. 22.

Directed by Professor Glen Gourley and sponsored by the Department of Fine Arts Theater Program, “Almost, Maine” is set in the small, winter town of Almost.

With a backdrop of the Northern Lights and a snowy cottage scene on the stage, the play uses humor to introduce the audience to nine different sets of couples.  “Almost, Maine” follows each couple through 11 different scenes and scenarios as they deal with relationship problems such as a broken heart, finding a lost love and discovering love in unexpected ways. Some relationships end while others are just beginning.

The show included 19 actors and most scenes involved a male and female couple.  One particular scene, entitled “They Fell,” was the only scene with a performance by two male actors as they confessed a secret love for each other.

“We had probably one of the largest Saturday night turnouts,” Gourley said.

Hillary Kirby, a freshman at FMU, was among the Saturday night audience.

“I went to see the play because so many people said it was good,” Hillary says. “I liked it because it was a romantic comedy-type play.  I would go see another one.”

Gourley said that he was not only impressed with the audience’s reactions and attendance, but also with the acting abilities of the performers.  He said that the freshman students “held their own right alongside the veterans.”

The play was originally written by John Cariani and was named “one of the outstanding regional productions of 2004-2005” by the New American National Theater.

“Almost, Maine” has shown in theaters around the world, as well as community and high school theaters.

Gourley said he decided to bring the theater hit to FMU because he thought it had a fun script and he liked the fact that he could use a large amount of actors.

The FMU Fine Arts Department now looks forward to performing “Back Back Back” directed by Professor Keith Best in February 2012 at the FMU Performing Arts Center.