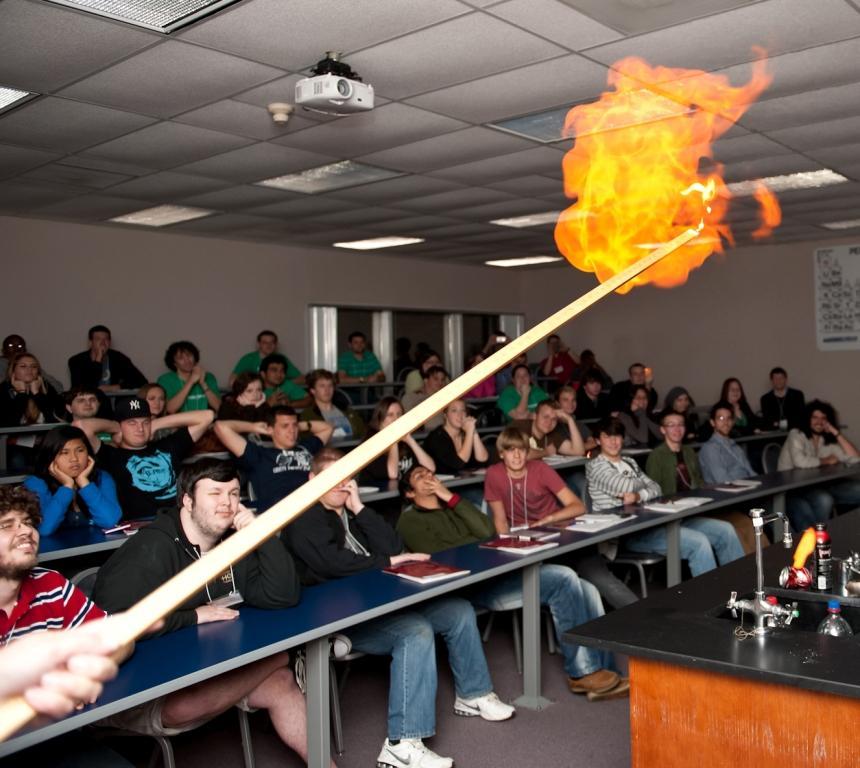 Dr. David Peterson, Professor of Physics and Department Chair, explained that SCPSI is aimed at allowing high school juniors and seniors to experience advanced physics experiments that they may not have a chance to practice in high school.

“This is an opportunity for them to experience some more sophisticated experiments involving more complex and expensive equipment than they would be exposed to in high school,” Peterson said.

SCPSI starts off by an advertisement on the Physics Department website, after which applications and letters are mailed out to all the high schools in South Carolina inviting students to participate in the event.

“We advertise it online and send out announcements and letters to all the guidance counselors and physics teachers at all the high schools in South Carolina and a few on the border of North Carolina,” Peterson said. “The teachers nominate their two best physics students for the outlying parts of the states. The local schools – the ones in Florence and within 50 miles – can nominate up to four students.”

Once the students arrived at FMU, they were greeted at a welcome reception held in the Lee Nursing Building.

“We had a welcome reception where 36 seniors and juniors are invited to participate in a weekend long festival of physics experiments,” Peterson said.

The students were allowed to pick six out of fifteen various experiments which began early Friday morning.

“The experiments are measuring the charge to mass ration of the electron, measuring the speed of light with lasers, doing X-ray fluorescence for determining the elements that are present in a sample, simulating the orbit of the earth, X-ray shielding, nuclear half-lives, and cosmic acceleration, to name a few,” Peterson said.

Unlike a traditional laboratory, the experiments were led by FMU students who are majoring in physics.

“Although they are designed by the professors, it’s the FMU students who take them through the experiments,” Peterson said.

Peterson said that the reason FMU students were chosen to lead the experiments is to improve their understanding of science.

“The best way to learn something is to try to teach somebody else about it,” Peterson said. “Because, in the process, you realize what you don’t understand about it and then you go and learn what it is you don’t understand, so … then when the SCPSI high school student asks the FMU student a question, they can answer it. It’s a great learning experience for them.”

Brandon Clem, a sophomore majoring in health physics at FMU, led the “Half Life of Nuclear Decay” experiment.

Peterson said that he hoped all the participants of SCPSI have a good time and share their experiences with others.

“We hope that everybody who participates enjoys themself, learns more about what physics is and can share some of the excitement of physics as well as the fun of doing physics,” Peterson said.

Ryan Becwar, a high school junior, found SCPSI to be an enjoyable and educational experience.

“I enjoyed it quite a lot, and it’s a very educational experience. I got to work with some relatively advanced tools in physics,” Becwar said.

Becwar said that he will try to attend again next year and encourages other students interested in physics to do the same.

Peterson said that SCPSI was the culmination of hard work by the Physics and Astronomy department’s students, staff and faculty.

“It’s a tremendous effort that is made by all the members of the Physics and Astronomy department: the students, the staff, particularly Ms. Sherry Owens, and Gerald Carroway who did all the setup,” Peterson said. “The faculty members spend months preparing the experiments and demonstrations.”