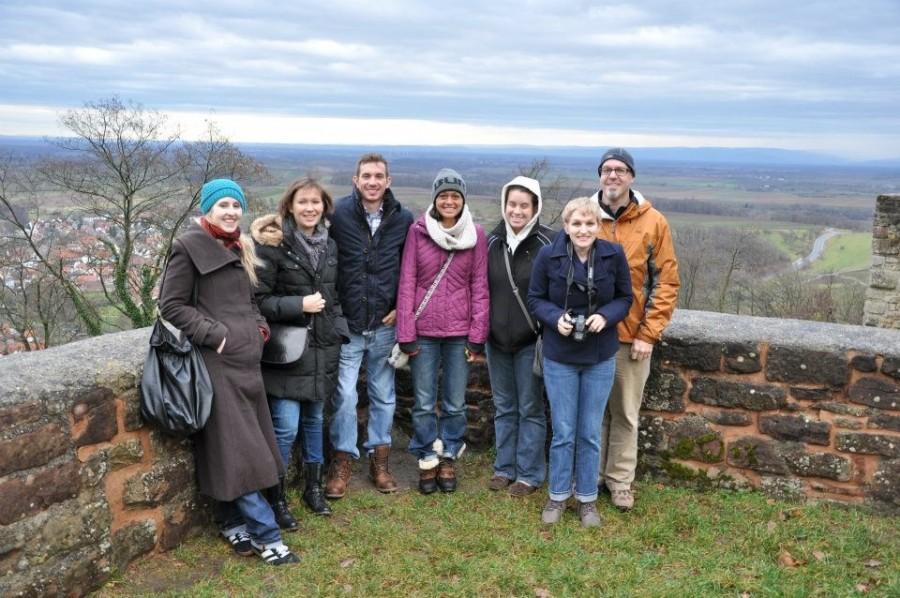 Four Francis Marion University students and one professor spent a week in Germany learning about the country’s culture during Winter Break through the Transatlantic Partners program, which aims to connect students in South Carolina and Germany.

“With the current economic climate, the basic principal of the cultural exchange has risen to the forefront of the partnership,” Assistant Professor of Visual Communication Charles Jeffcoat said.

“Two groups of people are becoming friends through e-mail, Skype, and recent and future visits. Seeing casual acquaintances become life-long friends is at the very heart of what we are trying to accomplish,” Jeffcoat said.

“This was my first time going to Germany, and I would love to go back,” Pate said. “I made a lot of friends there and would really encourage everyone to travel and experience somewhere new. It’s really eye-opening to see different lifestyles and culture other than the ones from the U.S.”

Lair also said that she appreciated the opportunity to explore another country.

“I was in awe of how Germany is so rich in history and culture, and so the people know exactly where they come from; the good and the bad,” Lair said.

The next day the group traveled to Landau, where they stayed for four days. While there, they traveled to multiple art galleries and did some sight-seeing before heading off to their final destination – Heidelberg.

“My favorite aspect of the trip was going to see the Heidelberg printing museum, which was amazing for me since I’m a graphic design major, and I was able to see where the history of print-making began,” Pate said.

On their last morning in Heidelberg, the group awoke to a sight they had been waiting to see during the trip – snow covering the ground in Germany.

“Waking up Tuesday morning was interesting because the entire week everyone wanted it to snow and it finally did on the morning we had to walk a few blocks to the train station taking us back to Frankfurt airport, so it was like a going away present for us,” Pate said.

However, the group had to pay a price for getting to see the snow before they left.

“The catch was it snowed so much that morning that our plane got delayed for two hours,” Pate said. “And for those two hours we were stuck in the plane on the runway.”

Pate said that, despite the cold weather and the two hour plane delay, he enjoyed his time in Germany and would love to visit the country, and others, in the future.

“The people who I met were just very helpful and nice, a lot of the Germans speak English so help was very easy to find,” Pate said. “I’ve always wanted to travel internationally and see new places to make memories and stories to tell. I’ve realized that you learn so much more by being there than you would any other way. My trip was so much fun and was just a great way to finish the year.”

Jeffcoat received funding for the trip by applying for a Quality Enhancement Plan (QEP) grant that covered travel costs. Students only had to pay for their food, drinks and souvenirs.

The Transatlantic Part-ners program is a state- to-state partnership between the governments, businesses and people in South Carolina and Rhineland-Palatinate, Germany.