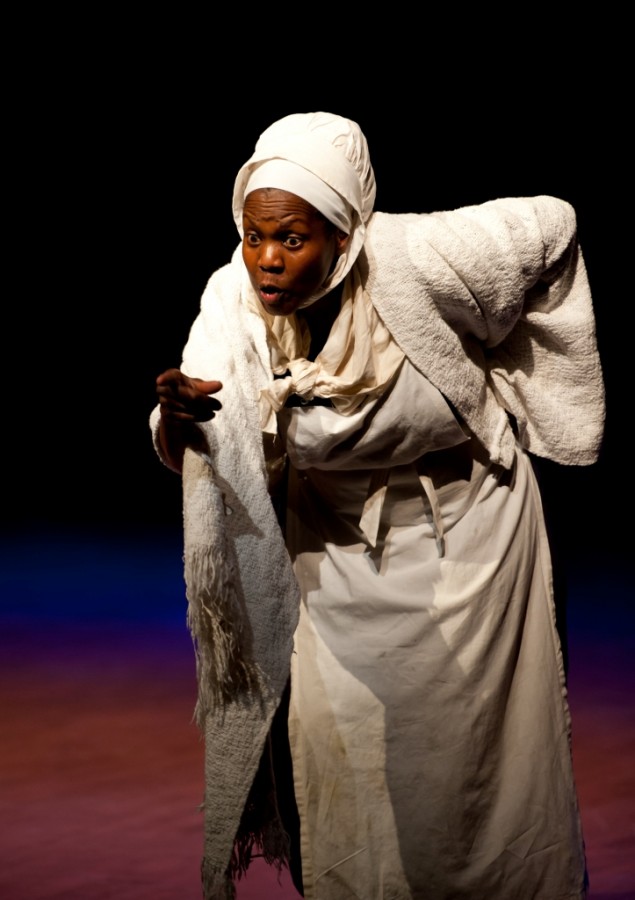 Carolyn Evans performed stories of black history from her series “Woman Who Could Have Sung the Blues But Didn’t” at this year’s Black Heritage Month Program, which took place Wednesday, Feb. 8 in Chapman Auditorium.

Evans, who is an actress and poet, performed a histodrama that included elements of poetry and dance.

The first segment of Evans’ performance focused on the story of Sojourner Truth. Evans entered the auditorium from the guest entrance rather than backstage. She mingled with the crowd through the aisles on her way to the stage, depicting in detail pieces and events that occurred in Truth’s life.

After a quick wardrobe change, Evans returned to the stage again, this time as Harriet Tubman. Similar to the story of Sojourner Truth, Evans acted out pieces of Tubman’s life. This part concluded with Evans interacting with the audience by teaching several African dance moves and instructing the audience to dance along.

The program wrapped up with a brief question-and-answer session between the audience and Evans.

The annual event, sponsored by the Office of Multicultural Affairs and the African-American Faculty and Staff Coalition, also included performances from the FMU Young, Gifted, and Blessed Gospel Choir and the Praise in Motion dance team.

Celebration of Black Heritage Month did not end with this program. The Office of Multicultural Affairs will hold an event titled “Sweet Africa” on Feb. 20 at 4 p.m. in Lowrimore Auditorium. This event will feature Minister Jennifer Favor who is a Florence resident but a native of Uganda. The program will focus on the history and culture of Uganda.