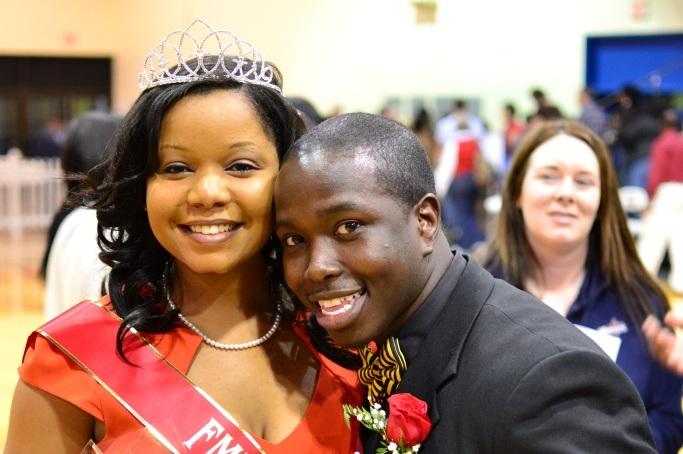 FMU’s new Homecoming King and Queen were crowned on Saturday, Feb. 18 at the end of the men’s basketball game.

“I was very surprised,” Ellis said. “It was unexpected. I am very thankful to everyone who voted, and I will never forget the moment that I won.”

“It feels great that all the hard work I put in paid off,” Smith said. “I want to thank everyone that voted, as well as everyone that helped with the campaign. I will represent Francis Marion proudly.”

The contestants were sponsored by various organizations on campus, such as a fraternities or sororities, and then voted on by the student body.

The selection of the King and Queen is based on the characteristics and the ideals that the student body believes is important in representing FMU.

All of the Homecoming King and Queen nominees were announced during the game’s half-time.

Haynesworth remembers when she was crowned.

“Looking at all the girls at that moment brought back the exact feelings I had when I was in their shoes last year,” Haynesworth said. “Not many can say that they were elected by their peers to represent them. It’s indeed been an honor, and I’ll be