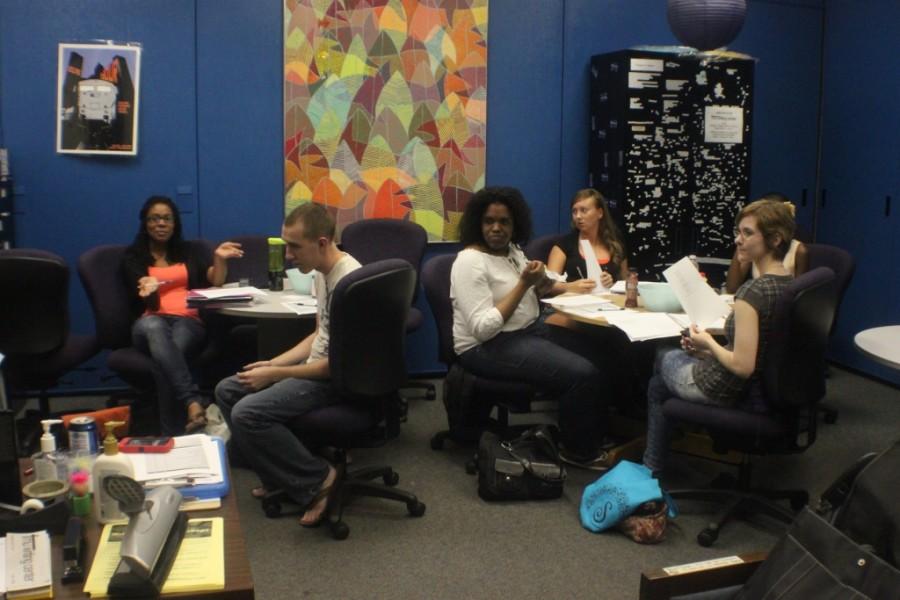 SIR’s editor, senior English major Staci Poston, said that out of the numerous works submitted, only the best will appear in the upcoming publication.

She noted the value of students continuing to submit their works to the journal.

“It’s a chance to get your work out there and be read,” Poston said.

For students planning on submitting to the journal in the future, Poston suggested polishing their work, meeting with a creative writing professor, or setting up a Writing Center appointment.

Poston, who has worked on the SIR staff since the spring of 2009, will end her tenure as editor with this spring issue.

“I will miss going through all of the submissions because, even though it can be tedious when there’s a lot, it’s really fun to read all of the different pieces that people submit,” Poston said. “I’ll miss that, and I’ll miss having the actual published journal in my hands and seeing my name in there, in print.”

Junior English major Shanae Giles was recently named assistant editor. She will become editor of SIR next year. Giles became involved in SIR last year after a work of her own was published.

“It was my very first time seeing my writing in a journal,” Giles said. “That feeling of seeing your writing in a book is awesome, and it looks great on your résumé.”

Giles said that SIR’s website is currently under construction, and she hopes to have it functional by fall 2012. Students will be able to use the website to view current and past submissions. The website will make sharing submissions through social media easier as well.

The new issue will be distributed around campus later this spring. Students interested in more information may write to SIR at FMUSnowIslandReview @gmail.com.