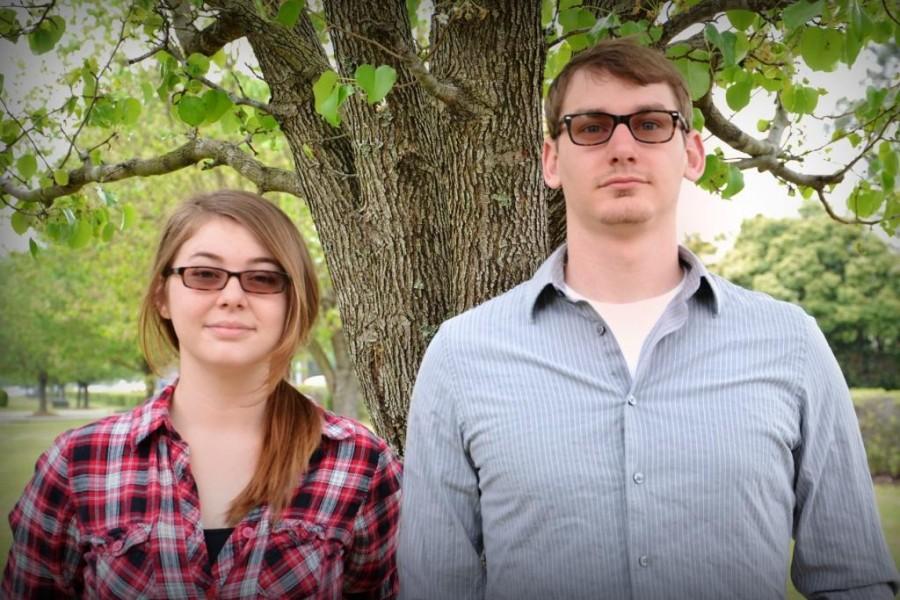 Michaela Moore, a senior majoring in visual arts – graphic design specialty, took home a gold award in the student level for a product packaging campaign that she developed specifically for the ADDY awards competition.

“I’m really happy about winning a gold award for doing something that I love,” Moore said. “To a college-level student of design, winning a gold ADDY is about like getting a Grammy at the end of the year.”

Darby Sauls, a senior who is also majoring  in visual arts – graphic design specialty,  won a silver award for a coffee creamer logo design which he also developed for the Addy award. Moore and Sauls were both surprised by  the news of their awards.

“We were completely taken off-guard by the news,” Sauls said. “We’d entered the competition several weeks before and never received notice that our  work had been selected. Our professor, Greg Fry, called us from the awards show and informed us that we’d apparently won.”

The ADDY awards are viewed very prestigiously in the fields of design, marketing and advertising. By receiving ADDYs in college, a student may increase their job prospects after graduation.

“This is a very cut-throat industry,” Sauls said. “It’s not about your degree, and it’s not about the suit you wear. Most firms and agencies these days don’t care where you went to school. They want to see what you can do. If you don’t have a good portfolio, you stand no chance.”

Moore had thoughts of her own about the meaning of the awards.

“Winning an award such as this allows us to know that we’re not only on the right track, but that we’re also keeping up with our competition outside of  Florence, S.C.,” Moore said.

After she graduates in May, Moore will move to Knoxville, Tenn. where she has secured a job at The Tombras Group, an advertisement agency. Sauls, scheduled to graduate in the fall of 2012, also intends to find a job in Knoxville.