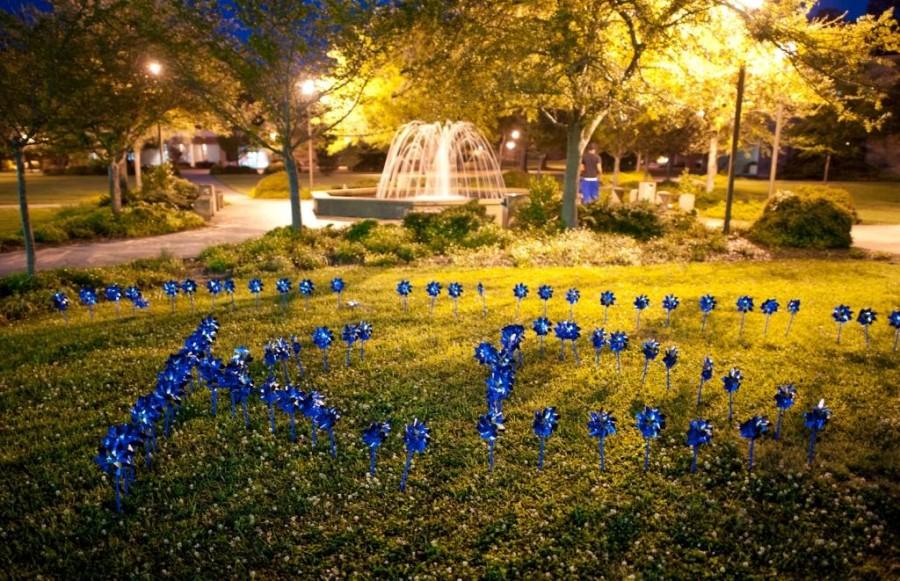 Arranged in the shape of a “KD,” dozens of shining pinwheels could be seen spinning in the breeze out on the Founders Hall lawn earlier this month from 9 a.m. until the late afternoon.

This is the first time Kappa Delta has held this type of charity fundraiser.  The newest members of the sorority, including freshman biology major Jessica Martin, got together to coordinate and plan this event.

“It’s a fun way to get everyone on campus involved to make a difference,” Martin said.

This fundraiser, Pin-wheels for Prevention, was organized in order to raise money for one of Kappa Delta’s philanthropies.

According to the charity’s national website, the pinwheel is their newly adopted symbol to represent their “efforts to change the way our nation thinks about prevention, focusing on community activities and public policies that prioritize prevention right from the start to make sure child abuse and neglect never occur.”

In addition to selling the baked goods, Kappa Delta used the pinwheels to represent each dollar that was donated to the charity.  They set up the pinwheels in the lawn later that same day.

Junior early childhood education major Morgan Yarborough, who helped run the baked goods table that day, shared her pride in the event that her sisters coordinated.

“It’s to show how big of a difference we make, and to let people see what they’ve done so they can actually get to see the people they’ve affected,” Yarborough said.

The women of Kappa Delta recently raised over $6,000 at their last philanthropy event, a golf tournament, and they were hoping to top that goal.

Martin and Yarborough both said they were surprised to see how much students were willing to give.

“It helps to get this much support to show the community that FMU cares,” Martin said.

Kappa Delta also supports three other national philanthropies, including Girl Scouts of the USA, the Children’s Hospital of Richmond, Virginia and the American Academy of Orthopedic Surgeons.