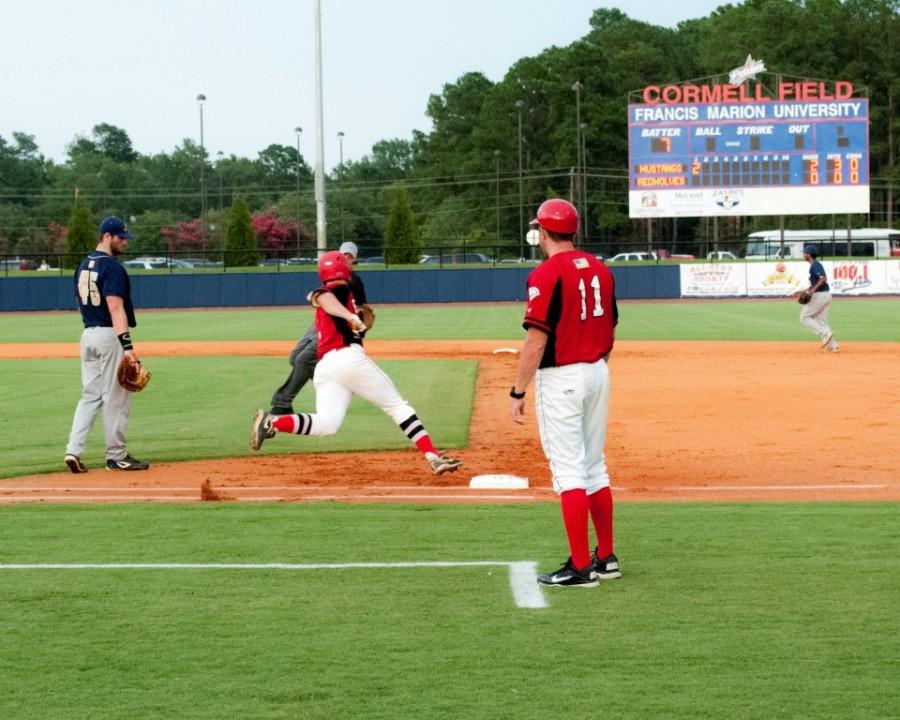 The Florence Red Wolves, a local amateur baseball team that plays its games during the summer, relocated its home to the new Cormell Field at Sparrow Stadium, home of the Francis Marion University Patriots’ baseball, softball and soccer teams.

Seating more than 1,700 fans, Sparrow Stadium is one of the major features of the $11.1 million Gerald R. Griffin Athletic Complex, which opened its doors in April with an FMU upset of Division I baseball powerhouse, the South Carolina Gamecocks.

“With Sparrow Stadium just opening, the Red Wolves have gone from easily the worst stadium in the Coastal Plain League to one of the best stadiums in the span of two months,” Burgin said.

Celebrating its 16 season in 2012, the Coastal Plain League features 14 teams across both Carolinas and Virginia.

The Red Wolves’ status at Sparrow Stadium for the future is not fully known, but all signs point to the Red Wolves sharing FMU’s home for years to come.