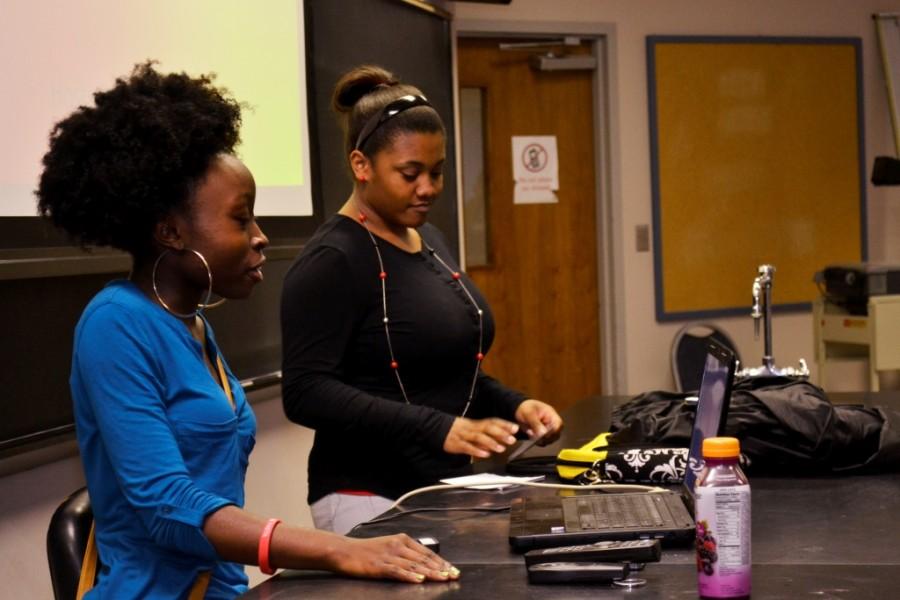 Members of the Delta Sigma Theta sorority were informed about the impact of Sickle Cell Disorder during a Health Series presentation on Tuesday, Sept. 25 in the Leatherman Science Building.

Health Series is an awareness program which focuses on the impact that a particular disease or disorder has on the nation.  Each health topic that is discussed is chosen according to the month.  September is nationally recognized as the month of awareness for Sickle Cell Disorder.

More than 70, 000 Americans have Sickle Cell Disorder, a genetically transmitted disease that affects the production of hemoglobin. Hemoglobin is a protein in red blood cells that supply oxygen.  The disease causes circular red blood cells to develop in an abnormal crest-like shape.  The shrunken cells result in blood clotting and a decreased amount of oxygen in the body.

“Most cases of Sickle Cell Disorder are seen in African Americans,” Wright said.

The lecture was given in three parts.  Members viewed a PowerPoint presentation about the causes, effects and different forms of the disorder.  Afterwards, they were shown a documentary about patients who had the disease.  Those featured in the film discussed the impact Sickle Cell had on their health and how they coped with treatments.

Lastly, to demonstrate how Sickle Cell is spread, those in the audience were assigned cards that identified them as a “carrier” or “non-carrier” of the disorder.  Then, to illustrate the parenting process, they randomly partnered with one another.  About one-third of the couples had produced offspring with the disorder as a result of the experiment.

Wright explained that the purpose the experiment was to show why it is important for people know their genetic history.

“Because many people don’t get tested, they are not aware of the disease and that it can affect their children,” Wright said.