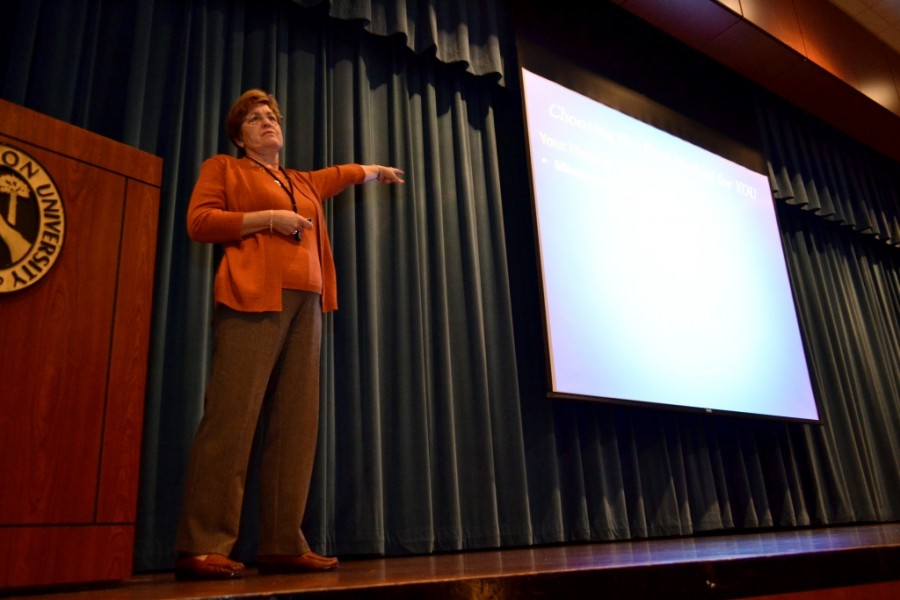 The Nursing Department and the Student Health Center at FMU recently came together to present the Straight Talk Sex Education to educate the students on sexually transmitted diseases, unplanned pregnancies and the protection methods.

Dr. Karen Thompson, associate professor of nursing, said that the purpose of the talk was not to try to force students to practice abstinence, but to spread awareness of how students could have sex and be safe.

“For the most part I can tell you that 85% of students coming to college have already had sex, so it’s not like this is anything new,” said Thompson. “So for the most part we are just trying to make sure they are doing something to help prevent pregnancy and to protect themselves from getting any of these STDs.”

The first part of the talk was conducted by Tracy Aniello, Manager of Health Services, and focused mainly on the various types of STDs that students could come into contact with. The presentation discussed the ways the STDs could be transferred, the symptoms the STDs caused and the treatments for the STDs.

The presentation included STDs such as chlamydia, gonorrhea, herpes and Human papillomavirus (HPV). The Student Health Center has seen cases for all these STDs in students that attended FMU.

Aniello said that though she loves her own kids, many college students were not ready for the time commitments and financial strains having a child would cause.

“Condoms and birth control are a lot less expensive than diapers and formulas,” said Aniello.

Thompson followed Aniello with the second part of the talk which listed all the different methods students could use to protect themselves with during sex to prevent pregnancy and STDs. Some of the methods Thompson spoke to the students about included condoms, birth control pills, and Plan-B. Thompson also made sure students were aware that the Student Health Center provided condoms for students for no cost and had Plan-B One Step available for purchase at the discounted rate of $15.00.

“It can’t hurt for them to hear this information,” said Thompson. “I can only speculate what is taught in high school or even elementary school and they are still in charge of themselves so there is nothing I can do to force them to protect themselves to be healthy, but I’m pretty sure that after they come to this lecture to hear us and they see the pictures of all these things, they are going to think twice before they have sex without a condom.”

Thompson and Aniello encourage any students who may have any questions about STDs or protection to e-mail them or contact the Student Health center at (843) 661-1844.