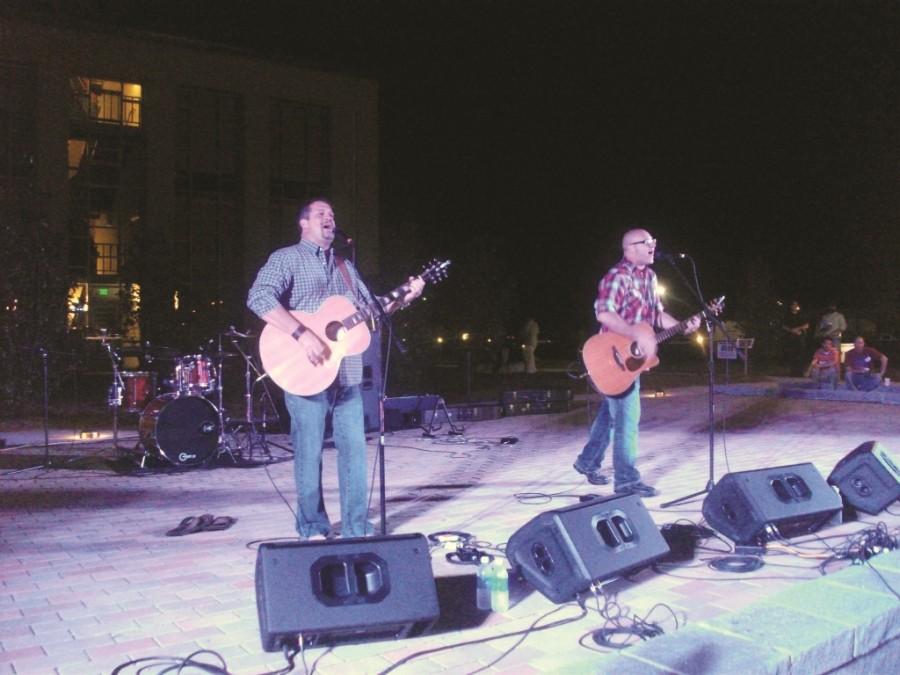 Hundreds of Florence residents dined on local cuisine and enjoyed live musicat the BB&T Amphitheater for the 4th annual “Raise the Roof” event on Thursday, Oct. 4.

“Raise the Roof” is a fundraising event held annually by the non-profit, ecumenical Christian organization Florence Greater Habitat for Humanity. For the ticket price of $50, lower than the price of last year tickets which were $75, patrons of the event were able to enjoy an outdoor concert that included several live acts.

The opening act of the event started at 6:30 p.m. and featured two local singers who covered various hits from past decades and now.The main act of the night, two members from alternative rock band Sister Hazel, took the stage a little before 8 p.m. and performed for the rest of the night. The Sister Hazel members performed several songs including popular hits such as “Change Your Mind” and “All for You”.

Martha Chandler, a resident of the Florence area, was an attendee of the “Raise the Roof” event along with her husband and said they came to the event not only for the live concert, but also to support Habitat for Humanity and their projects.

“Habitat for Humanity is a very worthwhile charity that has been doing wonderful things for the community,” Chandler said. “Plus Sister Hazel is a band we’ve been listening to for years.”

Event attendees also had access to free food and several open bars that were set up under a large white tent was had been erected beside the BB&T Amphitheater. The food served included items such as hamburgers, corndogs, apples and nachos that had been donated to the fundraising event by local restaurants. Attendees also could sample a selection of drinks from the open bar, which they could keep cold with a Habitat for Humanity koozie that were available for purchase by the entrance.

“What we are all about, the mission of Habitat for Humanity, is to eliminate poverty housing, locally and globally, and helping families that are deserving to obtain affordable, decent housing,” McDougal said. “That’s what we are here for and these types of events make it happen.”

Some of the money that was raised from this event will be used to help fund the creation of more affordable housing for in need families in the Florence area. It costs Habitat for Humanity $65,000 to fund a housing project in the Florence area from purchasing the land to buying the construction materials.