“Fiddler on the Roof” comes to PAC 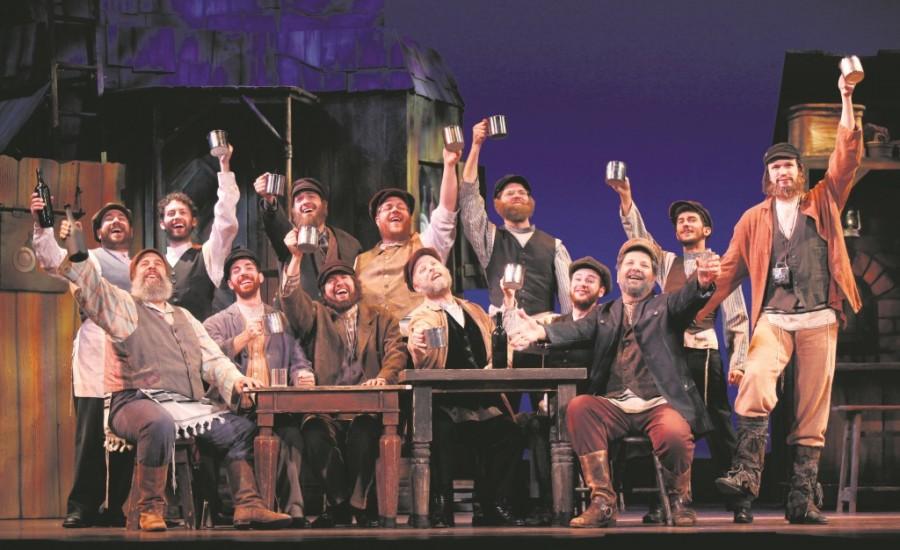 “Fiddler on the Roof” brings diversity to FMU and Florence community at the Performing Arts Center (PAC) on Monday, Oct. 22 at 7:30 p.m.

The main message of the “Fiddler on the Roof” shows how traditions can change over time. The main conflict in the plot talks about a poor Jewish family who struggle between knowing which traditions to keep and which to let go. The father Tevye and the mother Golde explain the importance of tradition to his five daughters throughout the play. However, his daughters consistently allow themselves to marry someone without using the traditional matchmaker named Yente. At the end of the play, Tevye finds his family being forced by Russians to move away from their hometown. The play ends with the family leaving and the fiddler following them to their next home.

“Fiddler on the Roof” is a musical that explains the significance of family. The music consisted of the songs “Tradition,” “If I Were a Rich Man,” “To Life” and more. The music was played by Shawn Bolduc, Ryan MacDonald, Chuck Curry, Jesse Gross and Matt Watson.

Professor of English and Coordinator of International Programs Jon Tuttle took some European exchange students to go see “Fiddler on the Roof.” He thought very highly of the play and the catchy music.

“Besides showing off the Performing Arts Center, which is Florence’s crown jewel and one of the university’s strongest selling points, I though the performance was terrific, Tuttle said. “The music will stay in your head, even if you don’t want it to, and it provided a glimpse into a culture very different from our own. That’s something theatre does better than any other art form.”

FMU sophomore, mass communication major and theatre minor Brooke Mogy had the opportunity to work behind the stage for Fiddler on the Roof. Since the PAC is always searching for volunteers to help with the backstage, ticket collecting and set up, she saw the flyers around campus asking for volunteers for the PAC and decided to try it out.

Mogy said she enjoys helping backstage even more than watching the play straight on.

“It was so much more fun to see what goes into the whole process of putting on a show, Mogy said.” I got to meet some great people who were so helpful and enjoyed telling me stories about their lives. It was so much cooler than just watching it from the audience. So, I would definitely do it again!”

Mogy said that shows like “Fiddler on the Roof” add excitement for students to go watch a play at the PAC.

“I think these shows bring a great amount of culture and excitement to FMU,” Mogy said. “They add so much character to our school.”