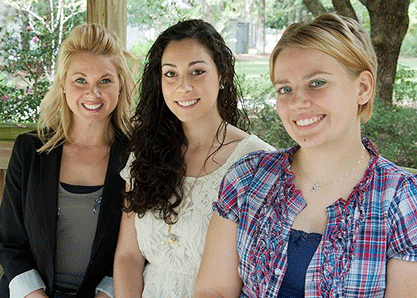 From Jan. 12th to Jan. 20th political science and mass communication majors visited the nation’s capital to take part in an eight-day seminar for the 2013 Presidential Inauguration.

Dr. David White, the department chair of political science and geography, organized the trip with assistance from Tim Hanson, chairman of the mass communication department.  White explained that the trip provides students with a better understanding of Washington as well as presents them with career opportunities.

“I want them to see the Washington that isn’t just the monuments,” White said. “There are a lot of opportunities there that people don’t realize. It’s not just government; there’s media, research, and think tanks. Hopefully this exposes people to what Washington has to offer.”

The Washington Center held the seminar for college students and faculty members from across the nation. Throughout the week, students attended meetings, toured the White House and visited other government buildings, such as the National Embassy.

In order to be selected to participate in the seminar each student submitted an application and wrote a letter explaining why they wanted to attend.  FMU’s Quality Enhancement Program Fund covered a large portion of the costs and made the trip more affordable.

Holden, Rollins, and Stark created a blog titled “Three Patriots take on Washington”. They uploaded videos and photos to share their experiences with other FMU students.  Holden said she believes that the trip will be beneficial for her career.

“Being able to see how the media works first hand is what’s going to impact me most because media is my major and my passion,” Holden said.  “I think this experience will play a major part in my career after graduation.”

White said that he also gained career experience while visiting the capital. He moved to the area after college and worked in many campaigns and political offices, including the press office of senator and former presidential candidate John McCain.  It is his hope that the seminar will provide past and present attendees with similar successes in their careers.