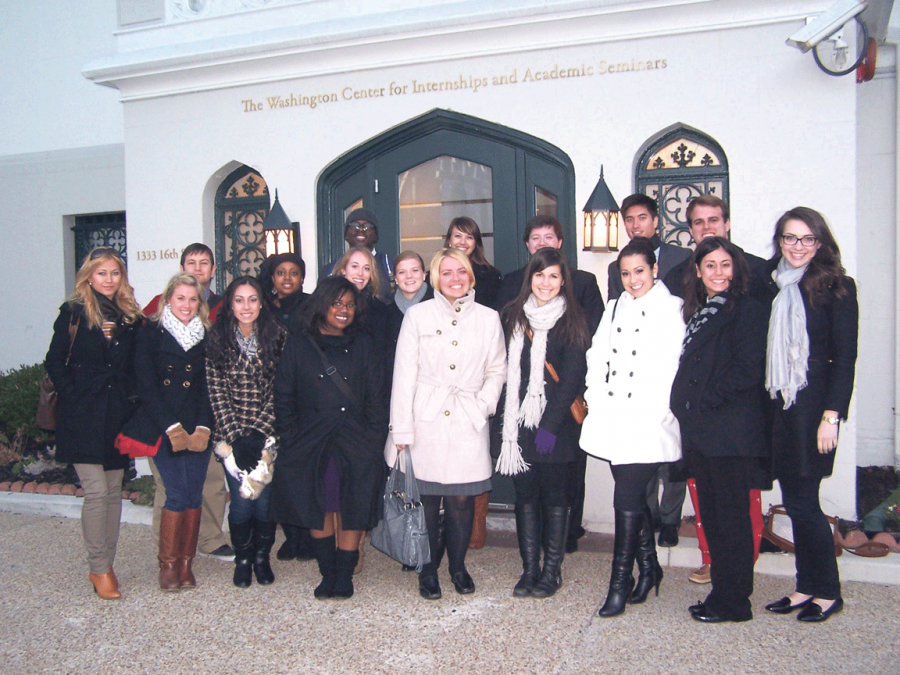 Seven FMU students recently embarked on a journey to Washington, D.C. where, as a part of an eight day seminar sponsored by The Washington Center, they witnessed the second inauguration of President Barack Obama.

Political science majors Jaryd Jenkins, Shante’ Johnson, Matthew King and Cody Simpson, and mass communication majors Brooke Holden, Melissa Rollins and Veronica Wilson participated. The students were selected based on their application and letter explaining why they would like to participate.

During the week, the students began their mornings hearing from political and media speakers. Some of these speakers included Ken Walsh, Chief White House Correspondent for U.S News & World Report, Tavis Smiley, Host of The Tavis Smiley Show on PBS and Janet Hook, Political Reporter for The Wall Street Journal. During these sessions, students were able to ask questions and learn about politics and media.

The afternoons included site visits to local monuments and institutes such as the U.S. Capitol Building. The students visited think tanks like The Council on Foreign Relations and The Cato Institute.

King, a senior, said the visits to the think tanks were his favorite part of the trip.

The students also attended a banquet hosted by National Public Radio (NPR) as well as a reception at the National Press Club.

The students’ final day in Washington began on Jan. 21 as they made their way to the U.S. Capitol Building to wait for the innaugural ceremonies to begin.

“I was freezing cold, but all I could think about was that I was witnessing history,” Jenkins, a senior, said.

Prior to the students arriving in Washington, White petitioned U.S. Senator Lindsey Graham’s office for tickets for the Inauguration. Although initially short on tickets, White was able to use his Washington contacts to secure seven tickets for the students. Their tickets allowed them to stand in a relatively close section to where the ceremony was taking place.

Holden, Rollins and Wilson kept an updated a blog called “Three Patriots take on Washington” which focused on the trio’s Washington experience. They shared their opinions and thoughts on many of the things they did to give the FMU student body a chance to take part in the experience with them.

Simpson, student body president, took away from the experience as a whole.

“The big thing I realized is everyday we have to work together to accomplish things,” Simpson said. “Regardless of individual views and opinions, everyone came together to celebrate the inauguration of our President.”

Johnson, a senior, had advice for students.

“I encourage everyone to apply for opportunities like this when they are available,” Johnson said. “Even if you don’t like politics, you get some much out of experiencing things like this that you otherwise wouldn’t have gotten an opportunity to experience.”

White is hopeful that in the next four years, he will be able to organize a similar trip for students.  White noted that The Washington Center has many great programs that he would like to take students to and said as long as the funding is available he sees no reason why students cannot look forward to opportunities like this in the future.