Graduate to pursue a career in the ministry 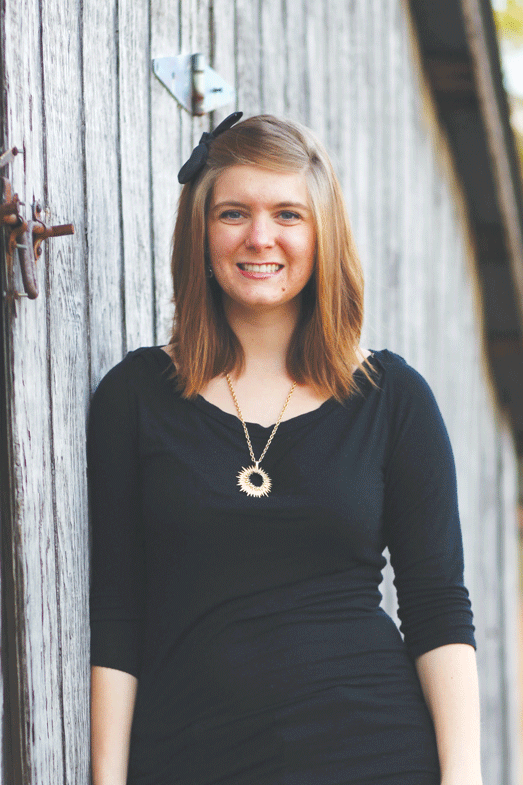 While one FMU graduate’s dream was to be an astronaut, she is pursuing her passion for the world and the people around her.

Carissa Fazio was raised outside of Philadelphia, Pa. Fazio’s family moved to Florence in 2006. Fazio was homeschooled from her first day of kindergarten through to her high school graduation.  She is one of four daughters. One is currently attending FMU, one is a high school senior and the other who is finishing up third grade.

Fazio graduated from FMU in December of 2012 with a degree in psychology and a minor in creative writing, and said it was because she was close to her family that she decided to attend FMU.

“I am very close to my sisters and my parents, and I didn’t want to miss seeing them grow up,” Fazio said.

Fazio, who said she always wanted to be a designer, came to FMU with a particular idea in mind—to make her name known in the design world.

But that did not remain the case. During Fazio’s sophomore year, her plans changed. Fazio said that she got to a point in her where she felt she was only living for herself.

“I wanted to build my name up in the graphic design world,” Fazio said. “ I wanted to have a studio and showcase my art.  I wanted people to love me and what I could accomplish.”

Fazio, who began to take a new outlook on the world and people around her, changed her major from visual communications to psychology.

“God changed that feeling [of living for me] in me to a desire to love other people,” Fazio said. “I want to be able to help others and make a difference that is bigger than my own accomplishments, but that manifests itself in the accomplishments of others conquering their fears, regrets and abuses.”

Fazio is now moving toward her true passion. Since graduating in December, Fazio began working at Baptist Collegiate Ministry just across the street from FMU. Fazio said that she enjoys being with people and sharing their joys and sorrows. During her college career, BCM played a huge part in her life. Fazio said being involved with BCM made her feel welcomed and actually involved with the campus community.

Fazio has recently been accepted to New Orleans Baptist Theological Seminary where she plans to attend in the fall semester and will study family and marriage counseling.

To add to her success, Fazio will soon begin a new chapter of her life.

“I am also getting married on March 16 to Stephen Crowley, also an FMU graduate,” Fazio said. We met in school at BCM and are looking forward to starting our lives together.”

“One of the biggest things I learned in college was to get involved,” Fazio said. “Don’t just sit in an apartment or dorm.  Get out and get involved in student organizations where you can build relationships with people. That is what enriches the college experience.”