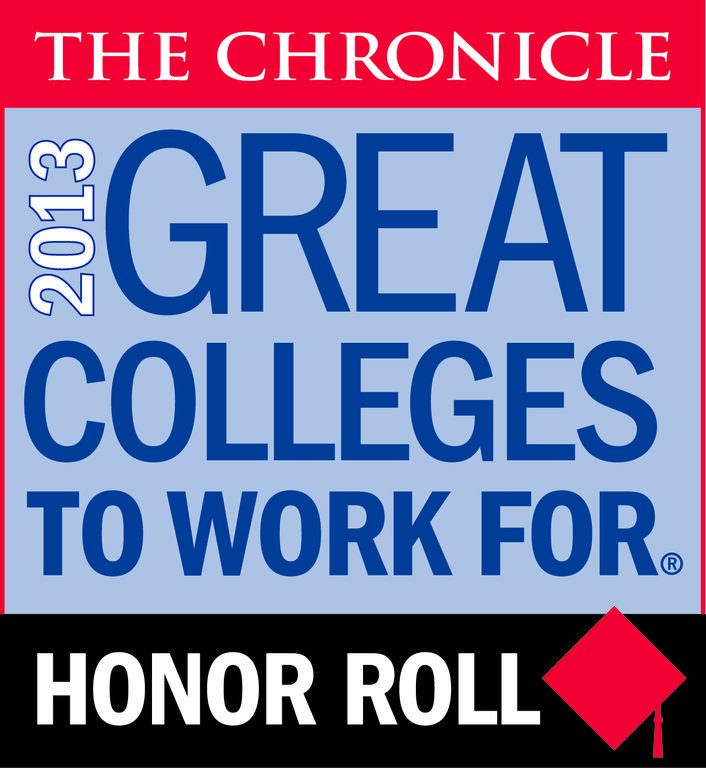 The Chronicle of Higher Education, a nationwide news publication for colleges and universities, named Francis Marion University (FMU) one of the nation’s “2013 Great Colleges to Work For®” this summer.

This accolade was obtained through survey results from nearly 45,000 employees at 300 higher education campuses across the country. According to Tucker Mitchell, director of public affairs, the survey included 12 categories and was sent to colleges that applied to take part in the process.“You know, it’s not something you can fake,” Mitchell said.  “The survey asked if people like to work here or they don’t … and the basic answer was that this is a pretty good place to work.”Mitchell explained that out of the 12 categories, Francis Marion received notably high rankings in seven areas, which was more than enough for the university to be named as an “Honor Roll” institution.

According to a university press release, the categories in which FMU achieved honors included:  tenure clarity and process, respect/appreciation, confidence in senior leadership, work/life balance, teaching environment, professional/career development programs and collaborative governance.“Of the hundreds that apply, you’ve got to be at a 60 percent positive rating to qualify in that category and then you have to qualify in more than half of the categories,” Mitchell said.  “If you get that, then you can be recognized as a kind of best of the best, which Francis Marion was this time.”Dr. Charlene Wages, vice president of administration, explained that the results of the survey were not only a measure of how satisfied the employees of the university were, but a testament of the strengths of each individual department as well.

The award is not due to the outstanding abilities of one particular area of the university, Wages said, but a strong sense of communication amongst one another.  She added that there is a high level of teamwork within the administration that allows the success to “trickle down” and affect the entire university.“I think it [the award] emphasizes the extent to which we value everybody that works here and always wanting them to be the best that they can be,” Wages said. “I think one of the strongest things about Francis Marion is that, among the senior staff of the areas, there is a lot of cooperation … instead of there being competition, every area just wants the other to do well also.”

The idea to submit FMU for application came from several different senior level administrators with the intent to bring the university’s most positive qualities to light.The survey itself consisted of a two-part assessment process: a preliminary institutional audit to capture demographics and workplace policies and a survey administered to randomly selected employees.  The deciding factor for recognition was the feedback from employee surveys.

“The reputation of this institution has been built on the work of this faculty and staff,” FMU President Fred Carter, PhD., said. “And for the past decade or so, we have attempted to develop compensation and support services that adequately demonstrate our appreciation for what they do. We are all proud of this national distinction.”

The Chronicle of Higher Education is a weekly publication that acts as a major news and information service for colleges and universities across the nation. The news of FMU’s achievements came in The Chronicle’s sixth annual report on the academic workplace.