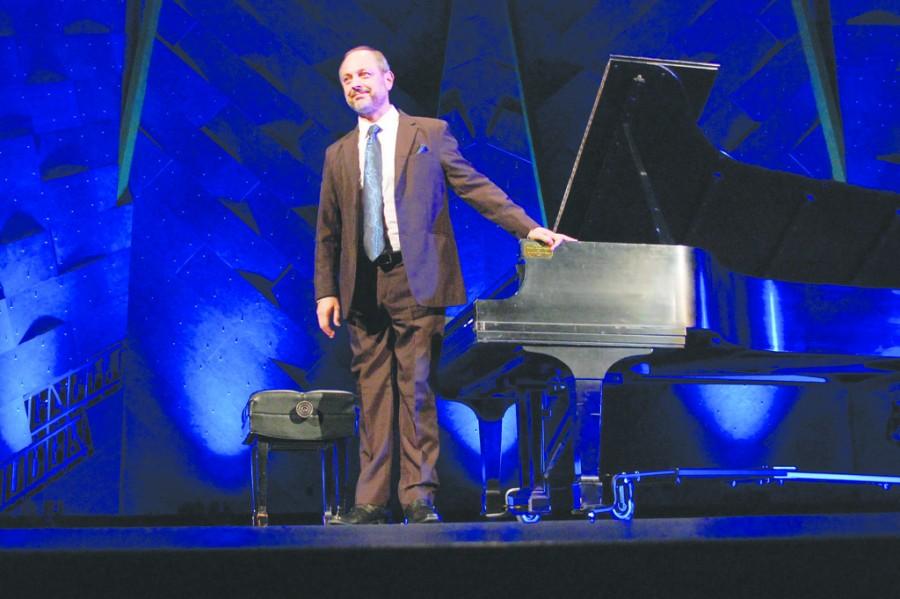 Loss first visited the university in 2012 where he performed in the Kassab Recital Hall, and was later asked by Dr. Paolo Gualdi, assistant professor of music, to return and give another performance.

Gualdi described Loss’s first performance as a success and said this is why he decided to invite him back to perform again.

Loss opened the performance with “Sonata no. 13” by W.A. Mozart. This piece has three movements that progressed from “Allegro,” “Andante Cantabile” and “Allegretto grazioso.”

Following the opening, Loss paused for a round of applause, and began the first set entitled “Prole do Bebe no. 1” which translates as “The Baby’s Family.”

This piece is written by Brazilian composer H. Villa-Lobos.  Each movement throughout the set represents a different type of doll including a ceramic, dough, clay, rubber, bread, rag, clown and cloth doll.

The second set was dedicated to music from F. Chopin. Loss performed “The Four Ballades” which is said to be a challenging piece of piano repertoire.

Loss described the music he performed as “very involved” and said the music takes him to another place.

“I am always concerned with playing this kind of music because it involves me,” Loss said. “I can’t just play and you listen. It gets emotional.”

Loss, who is a full professor of piano and piano literature at the Federal University in Porto Alegre, Brazil, also leads a project to revive eighteenth century and pre-romantic piano concerti. He does this by recovering the scores of the music so that it can then be performed by an orchestra.

“Part of the project is to use our orchestra to play the music,” Loss said.  “Students, professionals, professors and others are invited to come to play for the orchestra. I hope that we can get to a level to record it and put it on the internet so that other people will have access to it.”

Loss’s performance at the PAC was a stop on his U.S. musical tour.  Before coming to the PAC, Loss had performed at a university in Illinois, and was headed to Atlanta, Georgia to perform next.

Loss has received numerous awards for his work, including an honor by the City of Porto Alegre for the best CD of Classical Music that he recorded with soprano Adriana Zignani.

This performance was made possible through collaboration between the PAC and the FMU Artist series.

Loss said he has more music ready for performance and hopes to possibly return to FMU next year.

The PAC will host the South Carolina Chamber Music Festival from Feb. 24-28 which will feature more musical performances.

For more information on this performance or upcoming events, visit the FMU Fine Arts Department website.