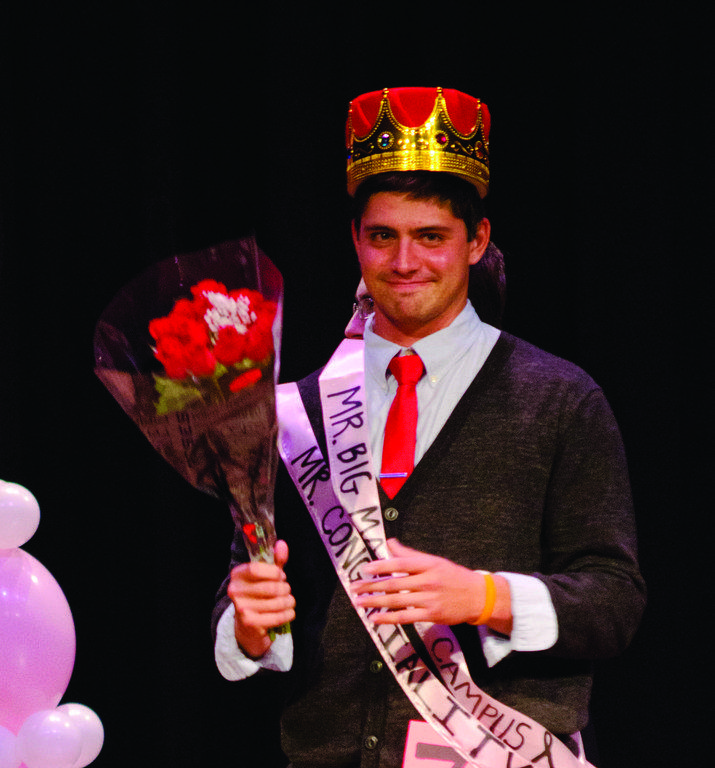 The annual Big Man on Campus competition sponsored by the ladies of Zeta Tau Alpha returned to the Francis Marion University (FMU) Campus on Oct. 23. The competition provides a creative way for ZTA to raise money and awareness for breast cancer education.

“It is a great way to raise money for our many supported foundations” current ZTA member Bailey Avent said.

The contestants in the competition put on a show to remember. All contestants danced for the opening number and introduced themselves while wearing their Sunday best to open the show.

Contestants then vied for the prestigious Mr. Sexy Legs title. They walked around in their shortest shorts, some even wearing skirts. The award went to Austin Wilson.

The contestants also had the opportunity to showcase their talents. Some danced and others acted. Instruments, including the nose-o-phone, were played. The title of Most Talented went to Jamie Collins who played the piano.

The contestants were happy to participate and to help the ZTA sorority raise money for their cause.

The crowd was involved throughout the show. Audience members gave immediate feedback to contestants. Cheers and laughs could be heard throughout the auditorium during the event.

By the end of the night five finalists were chosen and were asked to answer one question that they randomly drew from a jar. While the judges tallied the scores and picked the winner, numerous door prizes were auctioned off, including the grand prize which was a pink Yeti cooler.

After the cooler was awarded and the contestants were called back on stage, the winner was announced. Mr. Big Man on Campus for 2014 is Fernando Pinillos.

“It feels good,” Pinillos said after his win. “It feels good to be recognized for being something other than a baseball player. I just wanted to make people laugh and have fun.”

Make people laugh is exactly what he did. From his goofy introduction to his incredibly hilarious dance routine, Pinillos gained the audience’s support. He earned his new title, and he promises to positively represent the baseball team and FMU after being named Mr. Big Man on Campus.