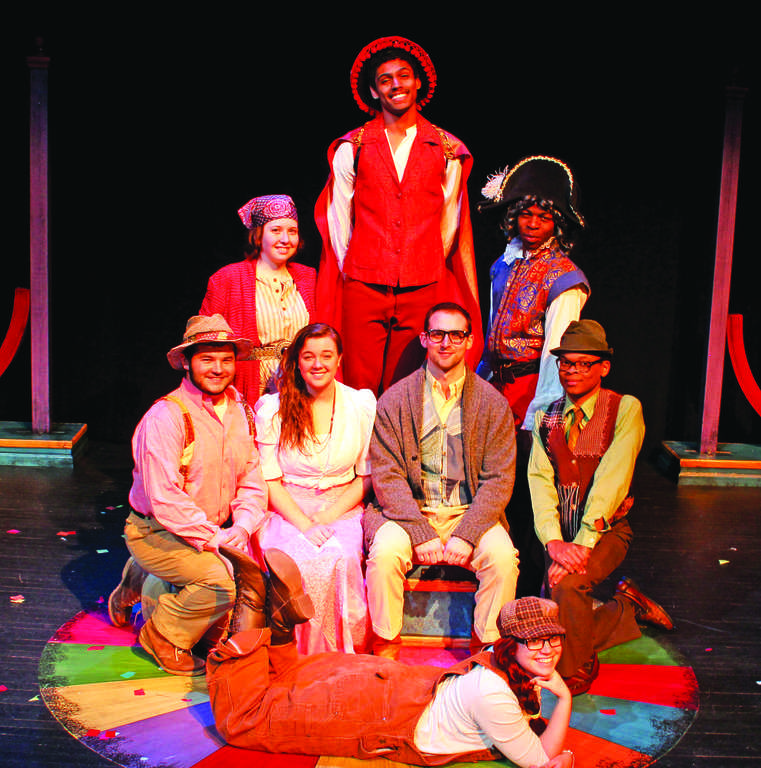 FMU department of fine arts presented “The Fantasticks” from Feb. 18-22 at the Performing Arts Center.

The cast consisted of FMU students interested in musical theater. Caroline Spearman and R. Blake Graham starred as Luisa and Matt, two young lovers separated by a wall built by their fathers Bellomy, played by Zachary Greenwood, and Hucklebee, played by Malcolm Parker.

Kevin Holloway acted as the narrator, El Gallo, for the story as well as the bandit who enlists the help of two “actors” played by Treshawn Simmons and Ilia Campbell. Jordan Watson played The Mute and the wall separating Spearman and Graham.

The romantic comedy began with the El Gallo introducing Luisa and Matt. Their fathers, Bellomy and Hucklebee, built a wall between their gardens that kept Luisa and Matt away from each other.

“[The show] is funny and quirky,” Spearman said. “The hardest part during the performance was not laughing.”

Auditions for “The Fantasticks” began at the end of October with regular rehearsals starting in January at the beginning of the semester.

The cast rehearsed every Sunday through Thursday with occasional Friday practices in order to prepare for opening night.

“The hardest [part of the musical] was rehearsals because it took up so much of my time, but it was definitely worth it in the end,” Greenwood said.

Opening night for “The Fantasticks” was Wednesday, Feb. 18. There were additional shows on Thursday, Friday and Saturday.

“[My] favorite [thing] was being able to showcase all the hard work we did and having the audience respond to us,” Greenwood said.

Several of “The Fantasticks” most popular songs include: “Try To Remember”, “They Were You” and “Soon It’s Gonna Rain.” With the script and lyrics written by Tom Jones and music composed by Harvey Schmidt, “The Fantasticks” is the longest running musical off-Broadway and has been performed for over 52 years in Manhattan.

“The Fantasticks” starting off as an off-Broadway summer theater production at Barnard College in 1960. In 1992, it became the only off-Broadway show to win a Tony Award for Excellence.