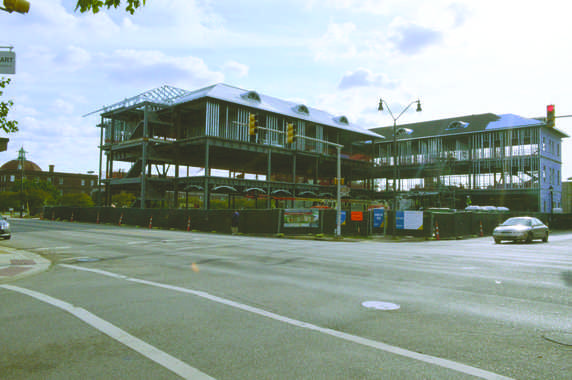 The health science facility is scheduled to begin housing classes for the fall semester of 2016. Construction is on schedule and is ex- pected to be finished on-time. The facility is located downtown Florence at the corner of Evans Street and Irby Street.

Some of the University of South Carolina Greenville (USC) 3rd and 4th year medical students will be spending their time at the new facility. They will be in Florence, S.C., for their practicum at McLeod and Carolinas hospital systems and a small portion of their classroom time.

Dr. Bill Hester of the McLeod family practice residence program will be the administrative head of the partnership, according to Clay Tucker Mitchell, executive director of public affairs.

FMU will also be introducing a Physician’s Assistant (PA) program in fall of 2016. Medical professional James F. “Chip” Hull will be the director of the 26-month program. An impending visit from a PA program accreditation organization will be the next step for the program.

Another program that will be introduce is a Master’s in Business Administration Health Care (MBAHC) that has already been approved and a bachelor’s degree in the same field that is pending approval later this year, according to Mitchell.

“It’s an MBA degree but with a focus on health care,” Dr. Deborah Hopla, assistant professor of nursing, said. “When they graduate [they] will be eligible and right in line for leadership in facilities like hospitals, clinics [and] doctors offices. They’re well versed in finances as well as in the health care arena.”

MBAHC will be an important program to students because of the developing health care system.

“We live in a very complicated world now in medicine with the EMR [electronic medical records] system and trying to ensure that people not only understand health care but understand the business side of medicine,” Hopla said. “People were really not well prepared for the numbers of folks that were coming into the health care arena from the Affordable Care Act, and that has created a tremendous need for people to be able to help with the business end as well as the medicine end of things.”

The family nurse practitioner program and the graduate psychology program will be moving downtown, Hopla said.

“We have some areas for [psychology graduate students] to do their therapy and some one-way mirrors so that people can be observed without feeling like they’re being imposed or being watched,” Hopla said. “That kind of limits people’s disclosure and ability to connect with the therapist.” There are also some new programs that the university is planning on having in a few years.

“We’re looking at a speech and language pathology program that we hope to bring on board by 2018,” Hopla said. “We are also looking ahead at adding a Doctor Nursing Practice, which will be the first doctorate program for FMU.”

The health science facility will be located at the corner of Evans Street and Irby Street in downtown Florence and is scheduled to open fall of 2016.