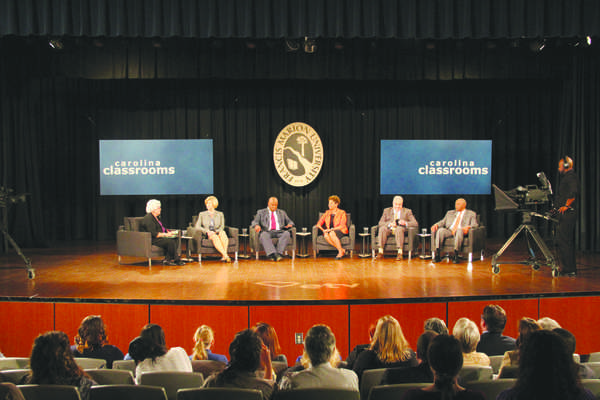 Eight different school districts in South Carolina agreed in the ‘80s that the state was not meeting requirements needed to help children who are in poverty receive a more decent education, which hinders them from receiving the same opportunities given to other students in different communities. The districts took the matter to court in Abbeville County School District v. the state of South Carolina. After 21 years, the case was decided in November 2014.

Molly Spearman saiditistimeto nda solution to the problem, with or without the court’s ruling. She said a good way to push the state to enforce the ruling for more funding is for working bodies with the right expertise to work together. Rural areas want to gain more, but they do not have the means to get there.

“It’s not just to legislators who play a part in making a difference; it is the community,” Spearman said.

Tillar said she is hopeful about the change that is coming and that they are taking a step in the right direction. She said the poverty issues are very real, and there are also transportation issues, facility issues and literacy needs.

Ingram said that the poverty rate in Darlington, S.C. is 82 percent. Darlington County is short two fth grade teachers and a fourth grade teacher. He said it is hard to employ teachers in the area because of the perception of poverty in the area. There has to be support for teachers and principals as well as for the students if anyone wants to see improvement. Ingram said the community is capable to make change happen.

Junior mass communication major Diamond Hunter to the event at 1:30 p.m. to volunteer to help set up, but instead she was asked to operate one of the cameras. The original cameraman had to leave suddenly. Hunter said it was a scary experience, but it was very fun at the same time.