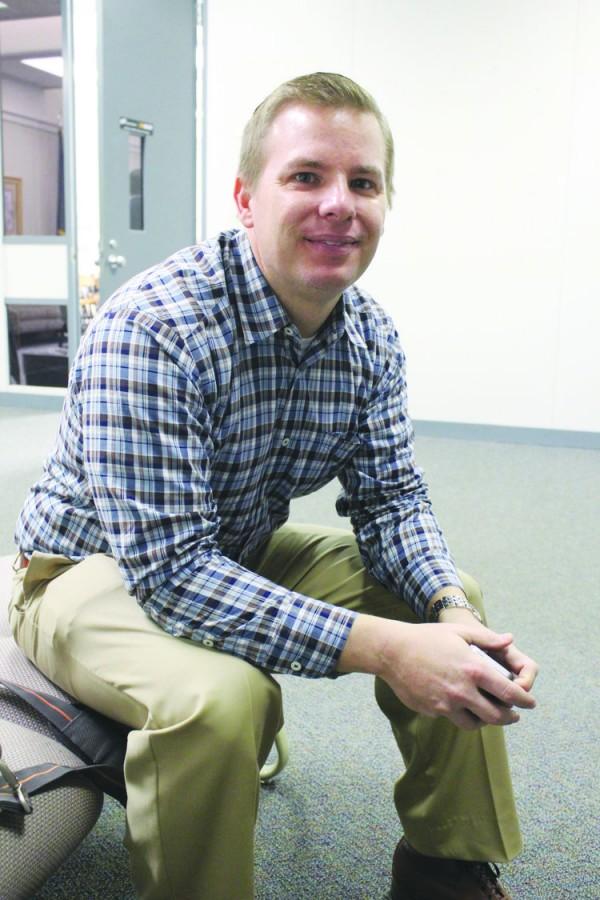 Eric Belk uses his life experiences to help teach his students business skills that they couldn’t learn from a book.

Belk originally did not want to pursue business as his career. He grew up exposed to Match Factors Inc., his father’s transportation business. Rather than following in his father’s footsteps, Belk wanted to teach high school history.

During Belk’s time at FMU as a student, he said he wanted a part-time job to afford taking his girlfriend out on dates, so he began working at his father’s company in the accounting department.

“It became like my own thing,” Belk said. “I kind of developed a business within a business.”

After becoming involved in his father’s business, Belk changed his major from history to marketing.

Belk said he enjoyed the creativity and engaging of people in the marketing side of business, and he wanted to help grow and run his father’s business while having the opportunity to teach business.

Belk completed his undergraduate degree under the guidance of FMU professors who served as his mentors.

“I was fortunate to have several mentors at FMU,” Belk said. “Dr. [Barry] O’Brien, dean of the School of Business, and Dr. Kitts, a former political science teacher, both provided me with the inspiration to teach at the collegiate level.”

“O’Brien structured the class like an informal, round table discussion, and I loved every minute of this class,” Belk said. “He showed me that college courses don’t have to be taught in the traditional manner, and I still apply concepts from that class in my classes at FMU.”

Belk graduated from FMU in 1999 with his Bachelor of Arts degree. He continued his education at the University of South Carolina (USC) pursuing a degree that would allow him to teach business at the university level.

When Belk graduated from USC in 2001 with his master’s degree, a teaching position at FMU opened up. Under the guidance and support of former FMU Associate Dean of Business Dr. Robert Barrett, Belk began his first year of teaching at FMU in 2002.

This academic year marks Belk’s 13th year of teaching at FMU. Belk said he teaches as a hobby.

“I knew I still wanted to teach,” Belk said.“I wanted to fulfill that passion. So I decided to teach business and run a business.”

Belk said he tries to use his experience in business to help his students.

“Often I reference personal examples from my business in my lectures,” Belk said. “Conversely, teaching my students and interacting with other professors and students help make me a better business person.”

Belk said he used this seminar to get the students out of their comfort zones and to expand their knowledge. Students were able to connect with local businesses and learn more about business in general.

For years, Belk tried with other professors to put this seminar together. Belk said he hopes to expand the seminar to include additional classes and more students.

While teaching part-time at FMU, Belk has continued to grow the company his father created.

Match Factors Inc. consists of four companies. Each of these businesses assist truckers in finding freight to carry and help truckers with the business side of carrying freight.