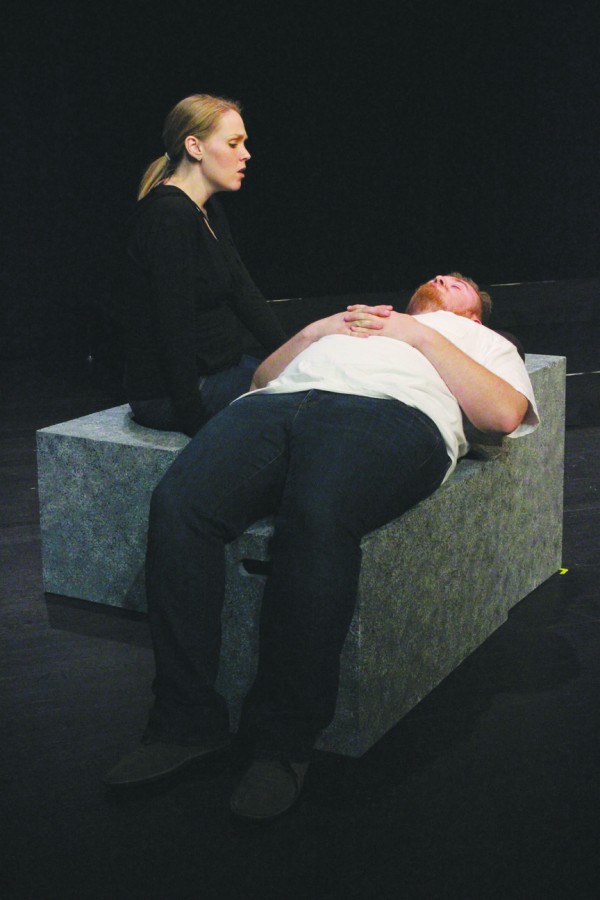 The original musical was performed on Feb. 17 to 20 in the black box theater at the FMU Performing Arts Center.

Since it was a workshop musical, “bestill” featured a purposefully simple set. Yet, the storyline was compelling. Throughout the musical, characters faced life changes, and they had to learn how to do what was best for them personally.

Chris Pendergrass is married to Deb Pendergrass who is expecting their first child, but part of the way through the play, Chris begins to think that he might be a homosexual.

Sophomore psychology major Markelle Roberts played Chris Pendergrass in “bestill,” and he said that the role was rewarding but difficult to play.

“This was a challenging piece more so because the character is more human, and it’s harder to play a human character versus a cartoon character, a super hero or something like that,” Roberts said. “Then, the material was challenging because I didn’t know how people were going to receive it.”

Roberts said he was pleased with the performance and the message it conveyed.

“What I want people to take away from the show is that you need to find your own truth and just be yourself,” Roberts said. “Don’t just believe any and everything because someone says it. Have your own experiences and your own knowledge.”

While Best wrote most of the lyrics, Goff composed the music. Goff said composing the music for “bestill” provided a challenge for him because musicals are a genre he has not worked with much.

worked with much. “I wanted to utilize the lyrics,” Goff said. “I was taking Professor Best’s lyrics and setting those musically. You almost have to deconstruct it. You have to go backwards and take that, and it dictates what I do.”

Goff said that another reason it took him a lot of time to compose music was because of the subject material he worked with.

“The subject matter is not typical, the lyrics aren’t typical, most of this is not typical,” Goff said. “So, if it’s the first time you’re doing something, you tend to want to fall into what is typical. I had to take familiar idioms and things that are immediately recognizable and what people can connect to and then put it into the context of something that is very, very different in terms of a musical.”

Also, to help convey the meaning of the musical, “bestill” incorporated illustrative images gathered by Jeffcoat and displayed on three monitors during the performance. Images changed to reflect the content or mood of the set, lyrics or dialogue.

Jeffcoat said that gathering the images was a process. He read the script, gathered images, showed them to Best and the two discussed and made changes. Jeffcoat said that it was and still is an ongoing collaborative process among the trio to improve “bestill.”

Even after each performance, Best, Goff and Jeffcoat made changes that they thought would improve the musical. The trio hopes to continue reworking the play for future productions.