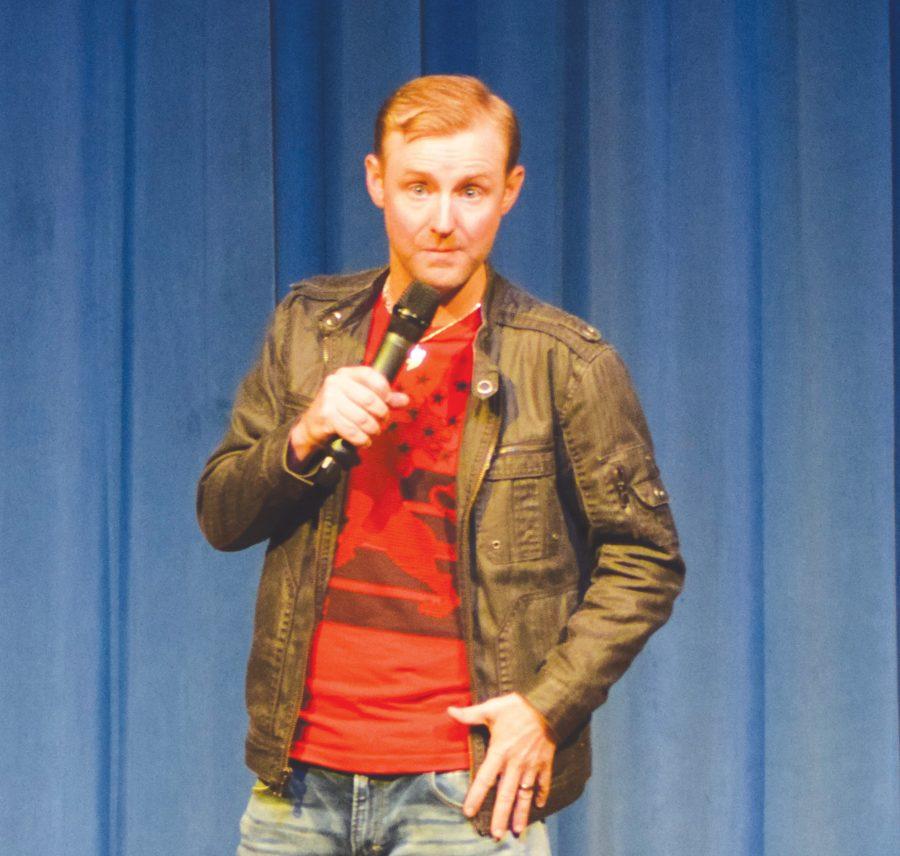 Lucas Bohn entertains FMU students during the comedy house event that the University Planning Board and Student Government Asociation sponsored.

Students were full of laughs at the comedy show on Aug. 24 in Chapman Auditorium.

This year’s comedian was Lucas Bohn. Bohn is a traveling comedian who has worked with Hollywood stars such as Kevin Hart, Jimmy Fallon and Dave Chapelle. FMU was one of Bohn’s stops on a 45-week tour.

Bohn used his comedy not only to entertain students but to give some life lessons by using examples of things he has gone through in his own life.

Senior mass communication major Lorie Dukes said that the comedy show was fun because it gave her an opportunity to make memories with friends.

“College is an experience that you will never get back, so being able to enjoy time with people who you’ve met during this time is one of the best things you can do,” Dukes said. “It adds to the positive memory bank.”

The comedy show is an annual event and is part of Welcome Week activities. The event was sponsored by the University Programming Board and the FMU Student Government Association.