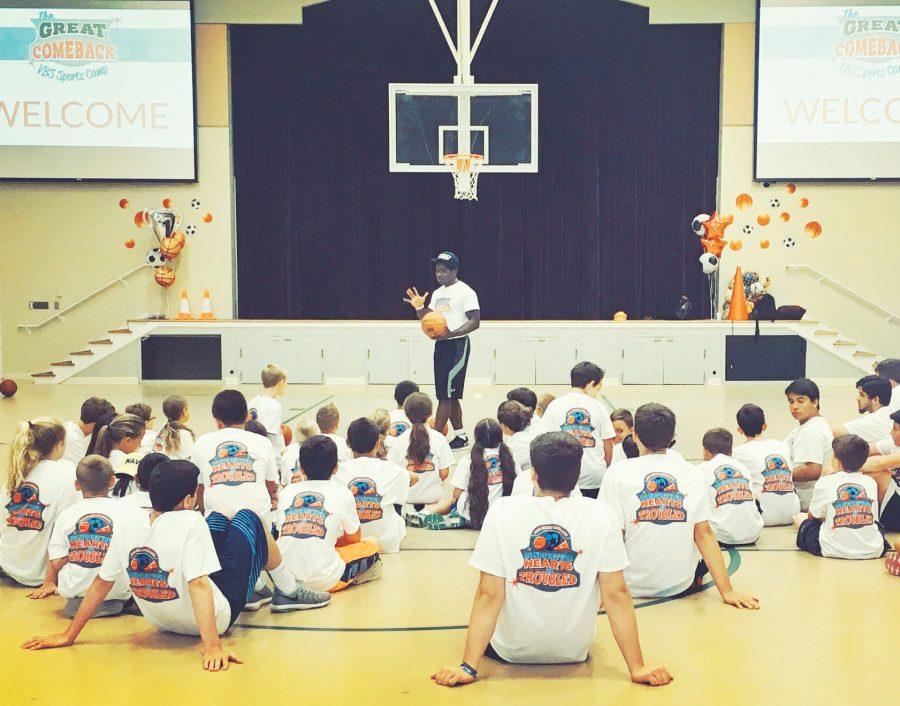 These students volunteered in a wide range of places including nearby Myrtle Beach, S.C., and Italy.

“We would sing silly songs, play games like ‘Sharks and Minnows’ or ‘Honey, Do You Love Me?’ with the children,” Byrd said. “And Monday through Friday afternoons we would do different activities such as face painting and balloons at the Boardwalk or at Broadway at the Beach.”

Byrd added that they told Bible stories and had snacks for the children during the week. On Sundays, her team attended church and then set up for worship services that they were putting on for multiple youth groups in the area. They organized worship services each Sunday, Tuesday and Thursday night.

“We would also do shop worker and hotel ministry where we would hand out goody bags with candy and cookies to the different workers and thank them for all that they do for the people at the beach,” Byrd said.

Byrd said that her team served food to international students on work visas from 40 different countries. They participated in activities such as ping-pong and foosball.

Byrd’s desire for missions came from talking with her friend Lauren Owens, junior mass communication major. Owens told about her experience in missions the previous year.

“I learned a lot through Impact Ministries,” Byrd said, “I learned how to have patience, how to handle kids who did not want to listen and how important it is to make lasting relationships, not just talk to people once and then never check on them again.”

After her experience with summer missions through BCM, Byrd said she believes that she has better respect for different cultures around the world.

Syquita Jones, junior nursing major at FMU, also volunteered at Impact during the summer through BCM. Jones participated in many of the same activities including children’s ministry and working with hotel staff. She also participated in puppet shows for the children.

“It seemed like a pretty cool place to be, and it wasn’t too far from home, so since I love mission work, I decided to give it a chance,” Jones said.

Jones, like Byrd, decided to go because of talking to others who had been there. She said she enjoyed doing missions and believes that you do not have to go very far to serve.

“What I’ve learned doing this is that I can share the Gospel with anybody without being scared,” Jones said. “I might get rejected, but it’s okay. I can just keep trying and not be as afraid as I was starting off.”

During this mission trip, Owens’ group worked with various ministries in the church. These included organizing and leading Sunday school, children’s church and worship as well as English classes. They also assisted with administrative tasks within the church.

Owens also spent time walking around the city or having dinner with her missions partner and young adults and youth in the church.

“This was one of my favorite parts of the trip because we really got to do life with them as well as encourage them in their walk with the Lord,” Owens said.

Unlike Byrd and Jones’ reason for serving, Owens felt compelled by things other than other missionaries.

“I have known for a long time that I have felt like the Lord has been calling me to missions, and when I saw the ‘Go Book’, the list of mission trips, I knew that I needed to go out on the mission field again this summer,” Owens said.

Owens added that she has always admired the history and culture of Italy, but did not originally apply to the mission trip there. She said that she did not want to feel as if she was using missions as a way to travel to an exciting place. When the trip was offered to her though, Owens said that she knew the Lord was calling her.

“There were many things I did this summer that pushed me out of my comfort zone to where I did not have the experience to complete some of our tasks,” Owens said.

Owens added that this mission trip taught her to cherish community and relationships by meeting so many people who accepted her with open arms during her trip.