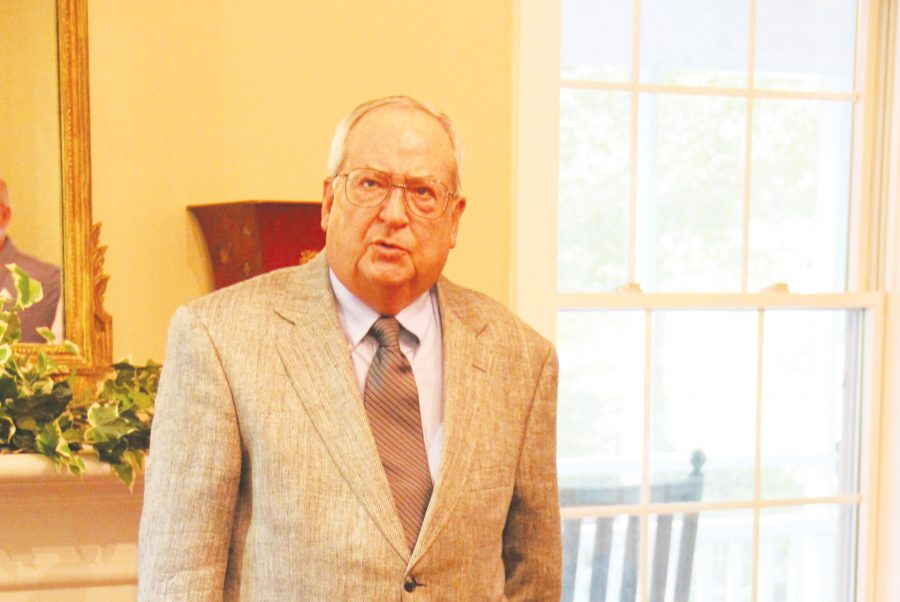 Dr. Richard Chapman has been FMU’s provost since 2000. Before accepting the position of provost, Chapman was a history professor at FMU from 1989 to 1999.

While thinking of how to honor Chapman as his time at FMU comes to an end, Dr. Mark Blackwell said the AAUP thought of President Roosevelt’s favorite tree – a poplar. Roosevelt had such a love of conservation and sustainability that he convinced Thomas Jefferson to plant 22 poplars on the White House lawn. Chapman’s love for Roosevelt and for nature inspired the AAUP to plant the Provost Poplar.

Blackwell said many qualities possessed by Chapman are those that can be seen in a poplar tree.

“It’s a tall, strong tree,” Blackwell said. “It gives a kind of character that Roosevelt liked when he was trying to sell the idea of planting trees and renewing forests. It reminds us of the principles and those kinds of things we’ve found in our provost.”

Blackwell, while paraphrasing FMU President Luther Carter, said that Chapman made significant contributions not only to the university but also to the people at FMU.

The AAUP gifted Chapman with the book “FDR and the Environment, a Roosevelt Institute Series.”

“I’m very grateful for this dedication ceremony of the Provost Poplar,” Chapman said. “It is true that FDR is my favorite president. The FMU chapter of the AAUP has been an important partner of the university for many years, and so that makes me even more grateful for this special recognition.”

Chapman thanked those who have supported him throughout the years.

“It reminds me that this Provost Poplar is really a tribute to all those working in the provost office the last decade and a half,” Chapman said. “Francis Marion is a special place because of its people, beginning with the faculty, the president, the new provost and all those who serve the university.”

The Provost Poplar will be planted outside of Stokes Administration Building outside of the provost’s office. Chapman said it is a symbol not only of his work at provost, but also the work of provosts before him who have helped make FMU what it is today.