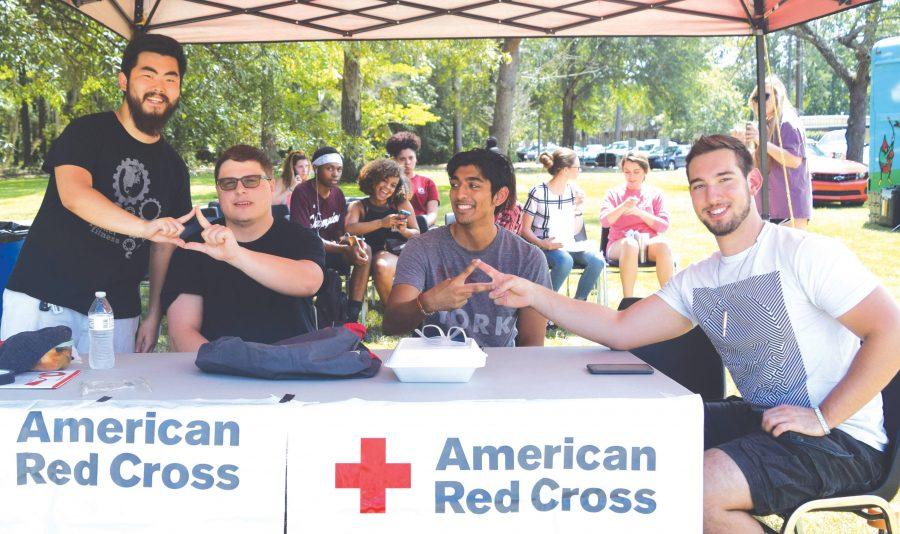 According to Ashley Davis, the American Red Cross representative for FMU, the next blood drive will be held on Oct. 27 of this semester, and the goal is again 60 units of blood. Davis hopes to see more participation from the FMU community in the future.

“This drive was least successful compared to others—looking at the numbers we saw fewer donors,” Davis said. “Most donors were not aware of the blood drive, so getting more advertisement and word of mouth out when the actual blood drive will be going on will help get more participation and a better donation count.”

Davis provided information that she believes is important for those students who are considering donating blood and are curious about the process.

According to Davis, RapidPass is something many donators are not aware of. She said that RapidPass is an app developed for the Red Cross.

“Through the use of the RapidPass technology, blood donors will be able to read the pre-donation materials and complete their health history questionnaire online at their convenience on the day of donation,” Davis said.

Because of this, she said that the donators do not have to wait in line to complete this paperwork. Instead, they can have it completed before they arrive to the donation station.

Davis said blood donations sponsored by TKE are vital because every single donation of blood makes a difference.

“These blood drives are very important because the blood that is donated is used to save lives in the community,” Davis said. “It could even save a family member or someone else that you are close to. Donating blood is the gift of life.”

Davis said that donating blood is almost risk-free, costing donators only about 30 minutes of time. The American Red Cross states that with each donation up to three lives can be saved.

Sammi Mushtaq, a biology-premed junior, said that he always feels inspired after the blood drive when they get a final count of the units donated.

“It’s cool to know how many lives can be saved and that I was a part of that,” Mushtaq said. “Even when we don’t get as many donations, every life matters.”

Junior economics major Jaykush Patel said that he was not sure why the blood drive was a project TKE chose to do but that he enjoys it.

“To be honest, it has always just been a tradition,” Patel said. “They’ve been doing this since I joined, and I think they always will because we usually have a great turnout and it helps a lot of people.”