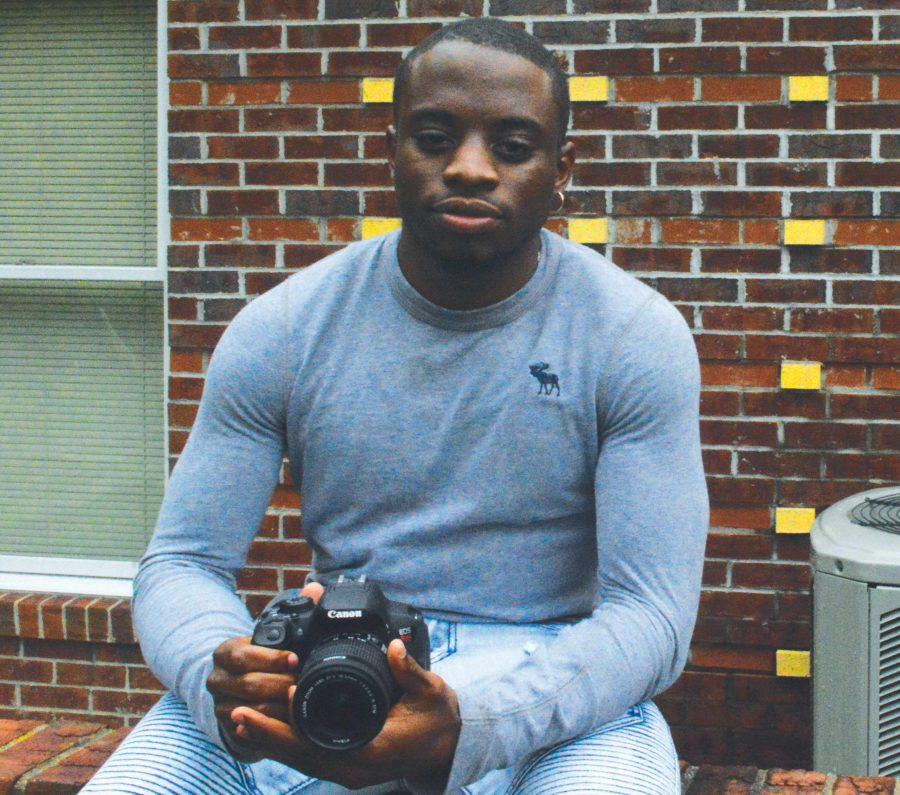 Duane Kyles manages his own YouTube channel and video production company while being a full-time FMU student.

After coming to FMU in hopes of pursuing collegiate basketball during the fall 2015 semester, junior mass communication major Duane Kyles has found a new passion: videography.

“Within the first month of starting my YouTube channel, I did an introduction saying why I wanted to chase the dream and why I’m doing it,” Kyles said. “It was just solely to become a collegiate athlete, but after beginning the YouTube channel, I fell in love with the video editing process more than my love for basketball.”

Kyles transferred to FMU after going to Central Carolina Technical College. He started the YouTube channel “UaneGameTV” during July of 2015, and after approximately two months of filming and producing episodes, Kyles decided to switch the focus of his channel from sports to religion.

“God changed my heart for athletics, and I just started using my gift for video editing and started using story telling to evangelize to many of my peers,” Kyles said.

“ U a n e G a m e T V ” focuses on Christian entertainers and leaders, as well as telling stories through skits and short films. Kyles has interviewed artists such as Devine and Ambassador, as well as professional basketball player Brittany Starling.

“The most fulfilling interview was the Ambassador because he is intelligent in the faith and he’s been doing it so many years,” Kyles said. “Just seeing him navigate, not just in his culture but in many others and being involved in church planting is amazing to see.”

Kyles is currently working on his 17th episode of “UaneGameTV.”

In addition to creating and maintaining his YouTube channel, Kyles has begun his own video production company called Duane Game TV Productions.

During the summer of 2016, Kyles said he decided to start his own company so that he could use his videography skills to do something he loved while working for himself rather than returning to his summer job in retail.

Kyles said his mother helped push him to pursue his dream of owning his own video production company.

Since starting his company, Kyles has created video material for a personal trainer named Kevin Bradshaw and The Beauty Bar, a salon in Sumter, S.C.

Kyles plans to do video material for the Alphas and the FMU Student Alumni Association.

Kyle’s mother, Gail Kyles, owns her own entertainment business where she manages artists and has had her own radio and TV show.

According to Kyles, his mom was his biggest inspiration in pursuing a career in entertainment.

“It’s just amazing to go around the city and people know your mom, but it started like six years ago,” Kyles said. “When she did it, it was so faith-based because she wasn’t getting any return on any of her products or any of her shows. It showed me a lot about her character.”

Kyles has interviewed some of the artists his mother manages. According to Kyles, his mother helped with the content of his show for the first few months. “She has helped me in that area, just sitting me down and taking the manager and second editor eyes to the material,” Kyles said.

Kyles said he hopes that his business will continue to grow after college and that he will be able to continue growing his YouTube channel to include poetry and music.