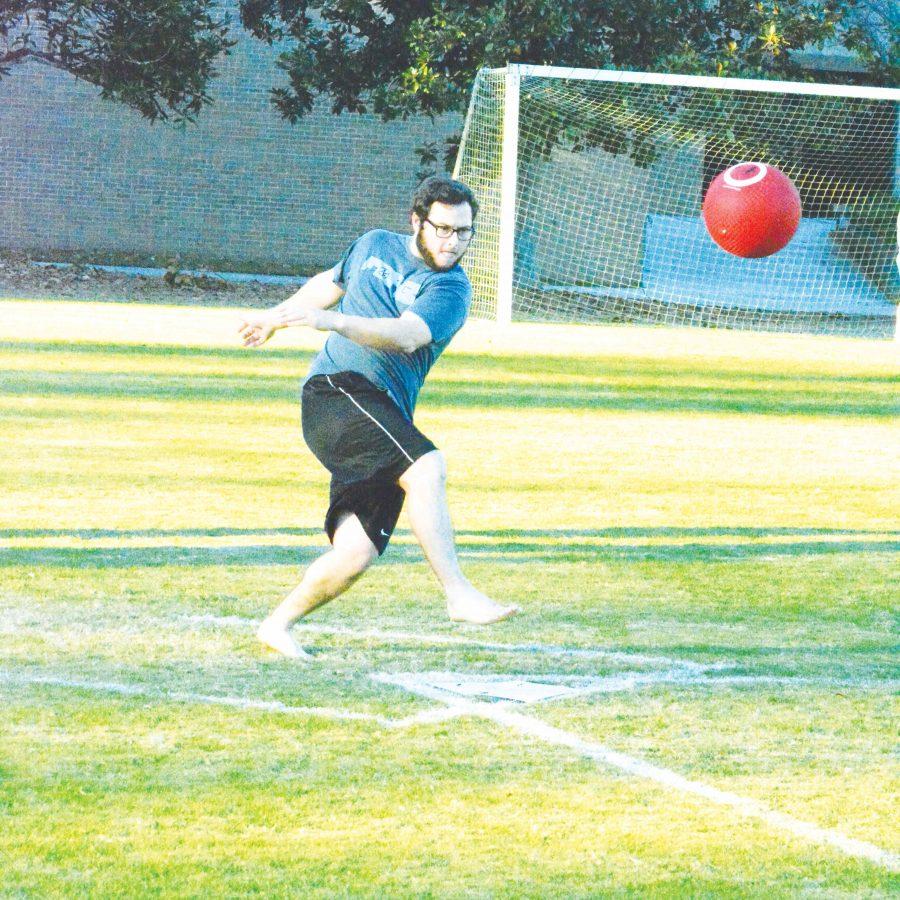 Senior Geoffrey Starling kicks for the Team BCM during the intramural kickball tournament.

FMU’s intramural sports and events have been underway throughout the semester, and currently BCM’s team is leading the pack with Dream Team following closely behind in the fight for the championship.

Derrick Young, director of recreational services, encourages all students eligible to take advantage of these sports and activities that are no cost and has been pleased with the amount of participation that has taken place this year.

“It’s still a tight race,” Young said. “It will probably come down to the last events next semester before we will know who will be champions for overall for men. For women, it is still up in the air.”

Students participating in the intramural events also agree that these events are an opportunity that more students should be taking advantage of.

“I play intramurals to meet others who are interested in athletics,” Griffin Brandt, junior psychology major, said. “It’s also a great way to get exercise and enjoy sports without having to commit to a season long sport. I wish there were more teams that gave BCM and Dream Team competition.”

Tyler Hughes, junior political science major, also mentioned how intramurals involve people who do not consider themselves athletes, and it is a way to take students’ minds off the stress of everyday life.

“The people who compete regularly in intramurals are a good group of guys and girls who are just out there to have fun and win, of course,” Hughes said.

Hughes said that participating in intramurals has given him a deeper of understanding of sports he has never played before and strengthened his competitive spirit.

According to Young, ultimate putt-putt and basketball three-point-shot competitions are the only remaining events this semester.