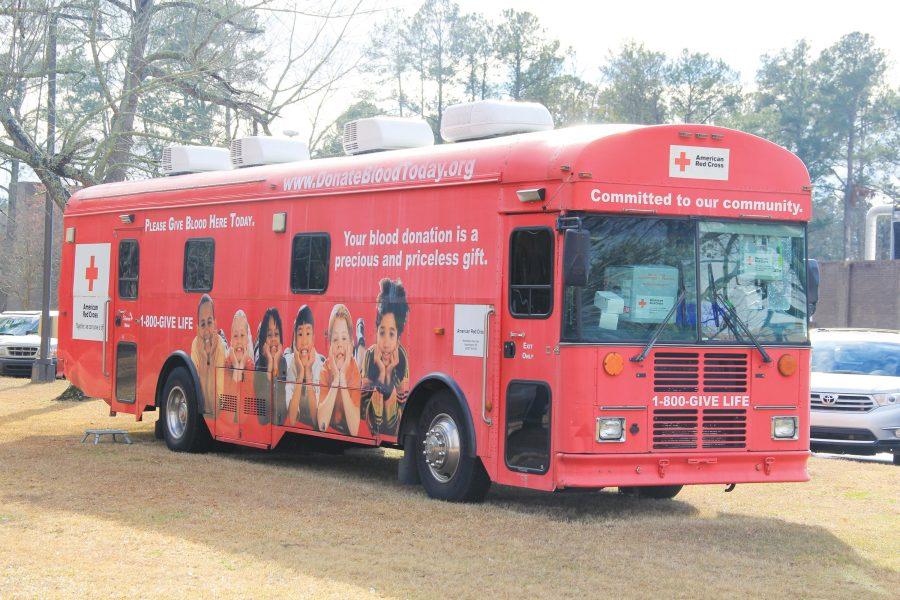 According to the Red Cross, approximately 36,000 units of blood are needed everyday in the U.S. FMU TKE fraternity sponsors blood drives each semester to help meet this need.

FMU fraternity Tau Kappa Epsilon (TKE) sponsored a blood drive through the American Red Cross. TKE holds these blood drives each semester on the lawn across from the Grille. The fraternity has hosted Red Cross blood drives at FMU for four years.

Freshman pre-nursing major Matthew Presson has been working closely with other members of TKE. He said he is very proud of the outcome of the blood drives.

“We try to do one drive each semester; it’s just part of our yearly philanthropy that we try to do,” Presson said. “It’s an easy philanthropy project. We just call, set a date and have them come out; however, this time, the Red Cross contacted us. They needed somebody to sponsor them, and we told them that we’d do it.”

Presson said they usually expect 50 people, which would give them 50 units of blood. According to Presson, most of the time they do not reach this goal. For the last blood drive, they had approximately 25 people. For this one, they had under 25 donations, when they usually get between 30 and 40 donations.

Although donating blood is simple, there are certain procedures that must be done before a person can donate.

“There are a lot of requirements,” Presson said. “One thing is, you can’t be HIV positive, of course. You must have a certain iron level in your blood. You must be a certain weight and age, and there are other minuscule things that come into play, too.”

Presson also said that he is an avid donator.

“I think it’s a good thing to donate,” Presson said. “You never know when someone is going to need the blood that you have. My father had to get blood transfusions a couple of years ago, and that’s what made me start donating. I know somewhere there is someone who is in need of that blood, and without those donations, my father would’ve died.”

Donating blood goes a long way, and one donation can benefit up to three people.

Hosting a blood drive is a great way to outreach to the community. Having blood drives in different locations helps the Red Cross publicize the need for donations. Anyone who meets the eligibility requirements can donate blood and can donate every eight weeks.

According to the Red Cross website, approximately 36,000 units of blood are needed every day in the U.S. These donations can help thousands of patients in need, including those with cancer and sickle cell anemia, as well as car crash victims. These donations not only help the community but the entire nation.

For more information about upcoming blood drives, please contact a member of TKE or check FMU’s calendar for dates.