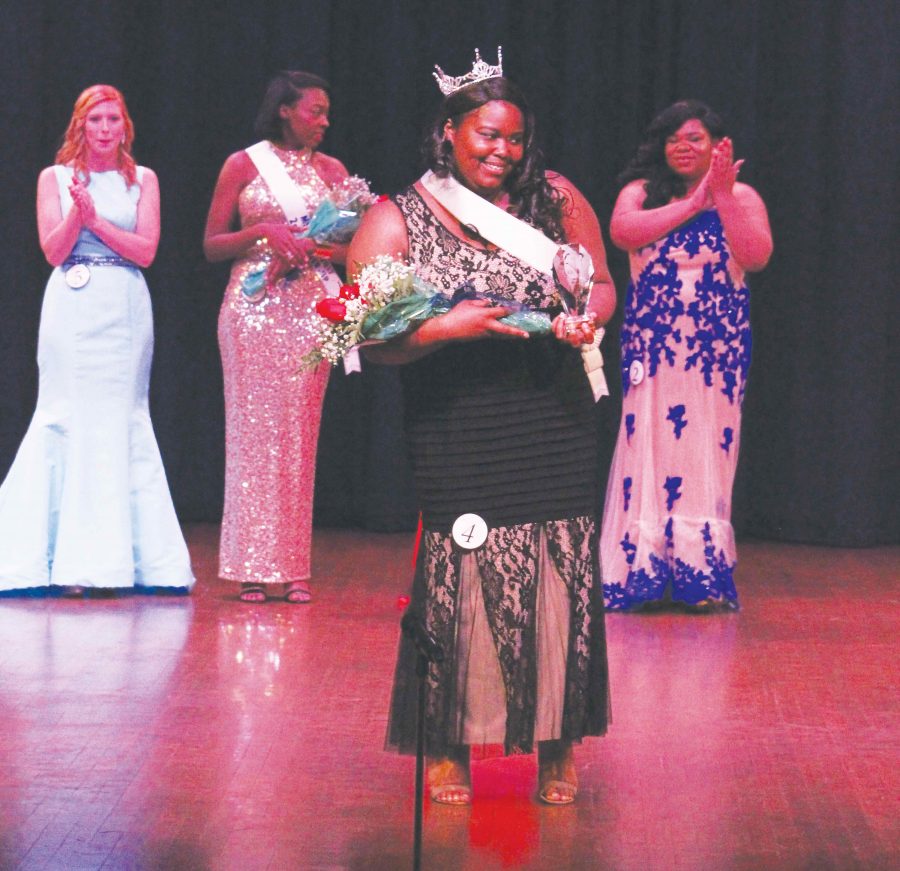 Junior Marcedes Smith plans to use Ms. FMU to encourage college and high school students to have confidence.

“I want to build confidence not only at this university but in the community,” Smith said. “I really want to promote confidence within college students.”

Smith was crowned Ms. FMU 2017 on April 6 in Chapman Auditorium.

Prior to the day of the pageant, contestants filled out an application and were interviewed by a panel of four FMU professors who served as judges. The interviews were factored into the contestants’ scores.

During the event, contests introduced themselves, explained their platforms and answered one random question from a judge. Also, contestants’ pictures scrolled during a slideshow presentation as Katy Perry’s “Firework” played in the background.

After Ms. FMU 2016 Stephanie Schemerhorn gave her farewell walk, the 2017 awards were distributed.

“Look at our world today, and you’ll see that one important thing is missing – the lack of unity,” Peoples said. “My fear is that this discord and strife will reach our college campus. We must magnify the beauty of our diversities.”

Peoples explained her platform through a spoken word that she wrote about the distress that can come from a lack of unity and silenced hate.

Smith, Green, McClain and Peoples were given bouquets and sashes, but the crown was reserved for Smith.

Coming into college, Smith said that she never thought she would run for Ms. FMU. However, she said that as her confidence in herself grew, it became something she wanted to do.

Smith said that she enjoyed the experience of running for Ms. FMU, especially because it allowed her to get to know and work closely with the other contestants. Smith said that all of the contestants worked hard and that she wasn’t the only one deserving of the crown.

After the event, friends and family gathered around the eight contestants to congratulate them and take pictures together.