FMU student shoots for the stars, works for NASA 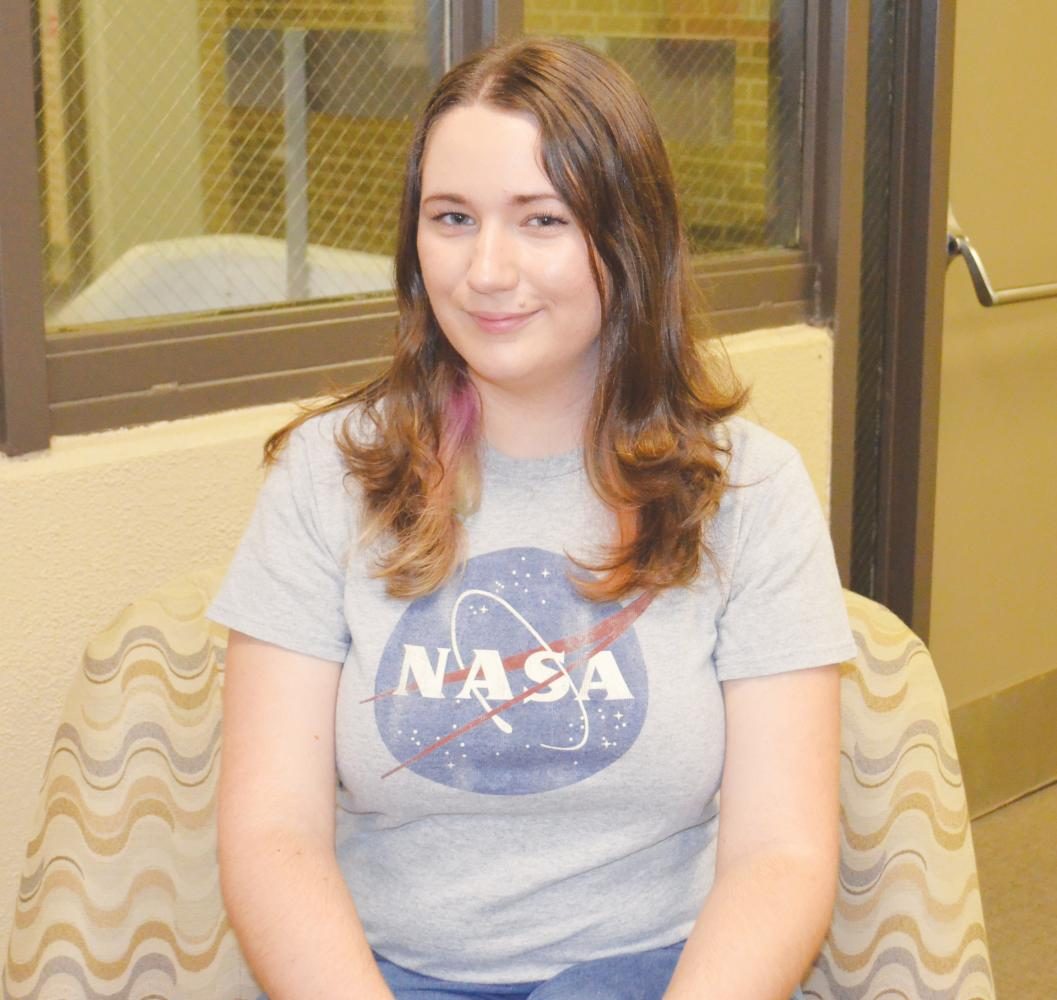 Senior April Garrity studies physics and mathemetics at FMU in hopes of pursuing a master’s degree in nuclear astrophysics.

Senior April Garrity has big plans for the years to come. As a double major in computational physics and mathematics, Garrity is preparing herself for a future with an organization like the National Aeronautics and Space Administration (NASA).

“My interest has always been with space,” Garrity said. “I think of it as the new frontier and as our next route to developing more as a society. I plan to work for a space agency such as NASA or Space-X and design detectors or even other instruments that will be sent out into space. If I can help us take that next step towards space exploration, I’ll be happy.”

Garrity has been working several years to reach this goal. After her freshman year at FMU, Garrity attended a program at the Kennedy Space Center called Launching2Learn. In this program, Garrity was paid to learn how to build and launch high powered rockets. The rocket Garrity built is now displayed in the Leatherman Science Facility (LSF) display case. Garrity received her rocketry certification through this program, but not everything went smoothly during her time in the program.

“Come launch day, the first two launches went fine, but our launch went south fast,” Garrity said. “The rocket went up fine, but the main parachute deployed at max altitude, which was not supposed to happen, and drifted over a mile away.”

“My experience at LSU was less imposing than at the Kennedy Space Center, but I feel I took more out of the experience,” Garrity said. “I designed, built, constructed and tested a detector that will be installed at Facility for Rare Isotope Beams at Michigan State University at the end of the Separator for Capture Reactions beamline.”

The U.S. Department of Energy funded this project, and Garrity’s detector will be used to measure the results.

Garrity lists her friends and family as her biggest supporters for following her dreams.

“My family has never given up on me and has always been there to support me when times get hard, and when you’re a physics and math double major, they do,” Garrity said. “My friends have always done an amazing job at keeping me motivated.”

Garrity contributes much of her success to FMU’s educational programs and professors.

“I have had wonderful professors throughout my time here at FMU, and they have taught me that it is okay to ask for help,” Garrity said. “I have always been a fairly stubborn person, so asking for help was typically one of my last resort options. Now, however, I find myself doing so more often and learning at a faster rate. It has even helped me establish relationships with my superiors. Of course, I am learning what I need to know for my future career in the classroom, but I am also gaining valuable research experience that will make me an appealing candidate for graduate school.”

Garrity conducted physics research with Dr. Engelhardt and Dr. Smith of the physics and astronomy department. She has also worked with Dr. Myers for several years as an educational assistant for local outreach programs.

After graduating from FMU, Garrity plans to pursue a graduate school degree in nuclear astrophysics.

In her free time, Garrity enjoys spending time on the Internet.

“Like all college students, the Internet is pretty much a safe-haven for me,” Garrity said. “Whether it’s to play video games or watch Netflix, it’s what I like to do when I’m feeling overwhelmed. I also enjoy playing the guitar and singing.”