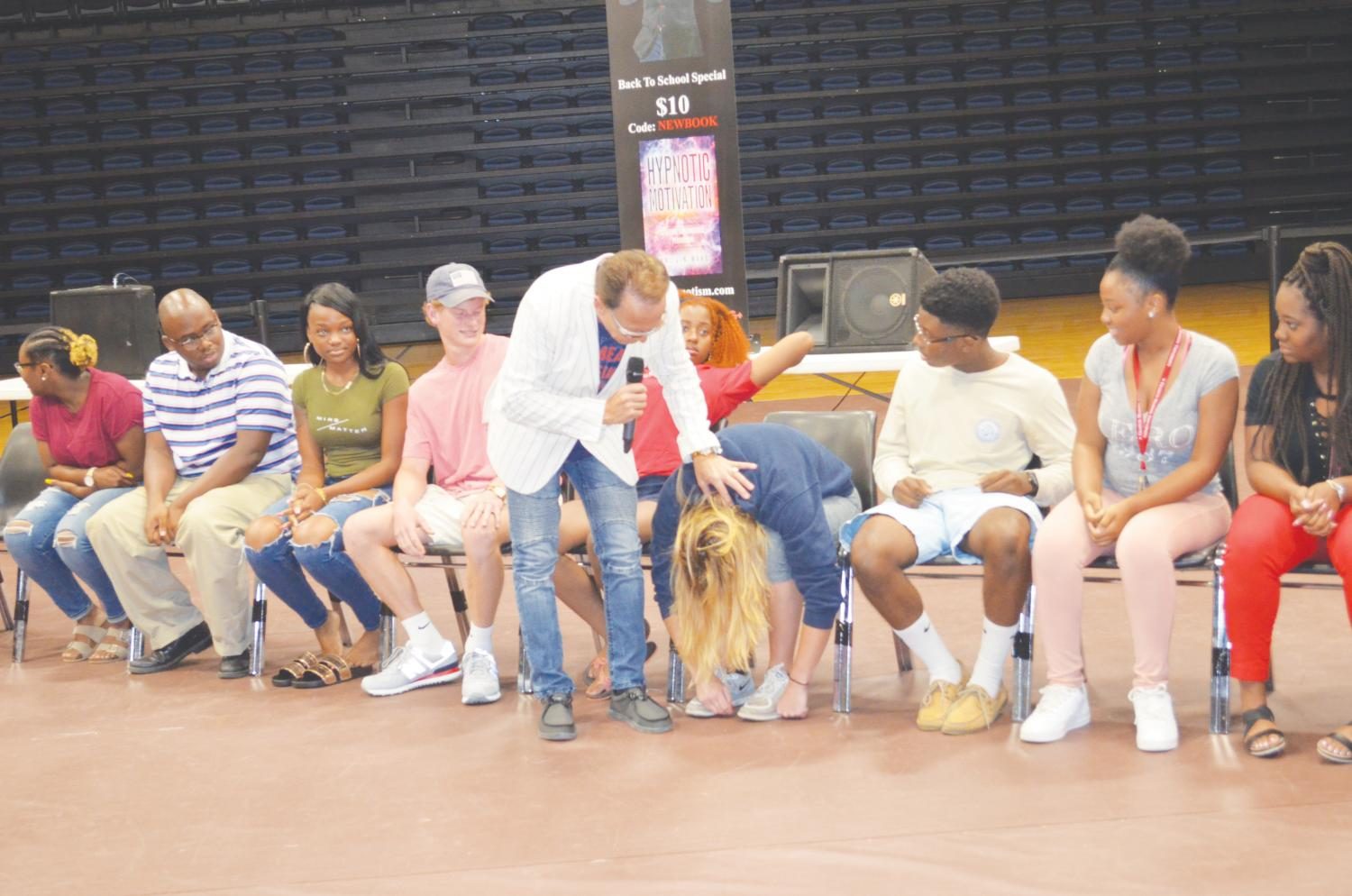 Brianna Houser, freshman biology major, said she attended this event as her first FMU Welcome Week event. Houser said she heard about the event from her Resident Assistant and from her friends who were also attending the event.

“I chose to go to the hypnotist show because it sounded interesting,” Houser said. “I heard that Dr. Wand came here every year and that he was really cool.”

Houser was not hypnotized, but several other students fell into a trance and were instructed to sit in the seats lined up on the basketball court. Once on the court, Dr. Wand gave each of them instructions to act in certain ways.

For example, Dr. Wand asked students to use their shoes as binoculars. Later, he instructed everyone on the court to dance, pairing specific students while the audience observed them trying to follow his instructions while under his hypnotic suggestion.

Gabriel Hutson, junior biology major, was hypnotized and instructed to perform as if he were Taylor Swift. Hutson performed “Shake It Off” and received cheers from the audience for his death drop.

“Under hypnosis, I was extremely relaxed,” Hutson said. “When I first went under, I could not open my eyes unless Dr. Wand told me to. I remember everything I did, from laying out at the beach, to my sickening death drop.”

Hutson said that one of the unexpected aspects of being hypnotized was the lack of shame he felt towards performing actions outside of social norms. He said he would recommend the experience because he had fun, and it is not something to fear.

“Undergrad only comes once in a lifetime,” Hutson said. “Sometimes, you just have to laugh at yourself.”

Some participants remembered more of their hypnosis and the experience than others.

Senior healthcare administration major Landen Walters participated in the show and was hypnotized for most of the night. Walters said that being hypnotized was like an out-of-body experience.

At the end of the show, Dr. Wand brought the students out of their hypnotic trance.