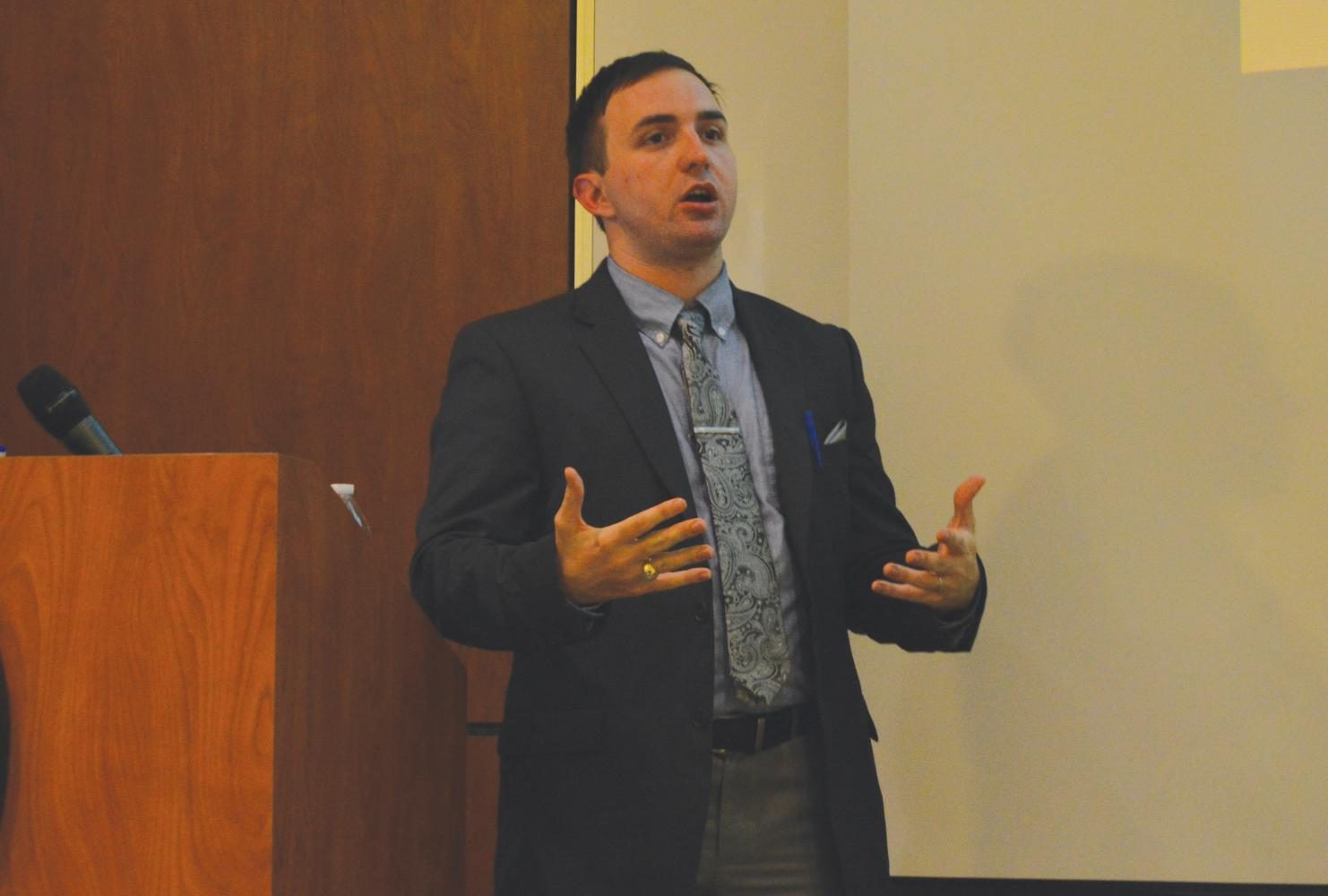 Dr. Dillon Tatum discusses how the Constitution can be read in a global context and the importance of reading it in this way.

FMU’s political science department hosted a lecture on the basis for and effects of interpreting the U.S. Constitution in a broader global context to observe Constitution Day.

Since 2005, all schools that receive federal funding, including FMU, have been required to hold an educational Constitution Day program. The academic institutions are given the liberty to plan the event how they would like.

According to Dr. David White, chair of the political science and geography department, in previous years the school observed the holiday by holding meet and greets with state officials, discussion panels on Constitutional amendments and Constitution trivia.

White said that the topic of this year’s Constitution Day has never been discussed during the event’s history.

“It’s not just what’s written; it’s over 200 years of court rulings and actions by presidents,” White said. “This tapped on that in a different context, in an international context that we’ve never really done before.”

This year, Dr. Dillon Tatum, assistant professor of political science, delivered a lecture to an audience composed of faculty, students and members of the community. In his lecture, he advocated for viewing and interpreting the U.S. Constitution in a global, political context as opposed to an isolated domestic document.

According to Tatum, interpreting the U.S. Constitution in this way would affect current global affairs. Under this interpretation, the U.S. would have to consider the rights of foreign terrorists, the requirement to abide under international law, for the right to due process for illegal immigrants and the need for new policies for international refugees.

Tatum said he wants students to learn the importance of the Constitution.

“I would really want people to come out thinking more seriously about the history of the constitution,” Tatum said.

According to Tatum, some of the ideas he discussed in his lecture have already been put in to practice in some court cases, such as the 2003 case of Lawrence v. Texas and the 2005 case of Roper v. Simmons.

Tatum stayed after the event to talk with students.

“I like that he presented his case about the importance of globalizing the Constitution with excerpts from American law experts,” attendee Jake Pack said. “Overall, I agree with his intention, what he said and what he taught. We should not see the U.S. Constitution itself as an isolated document.”