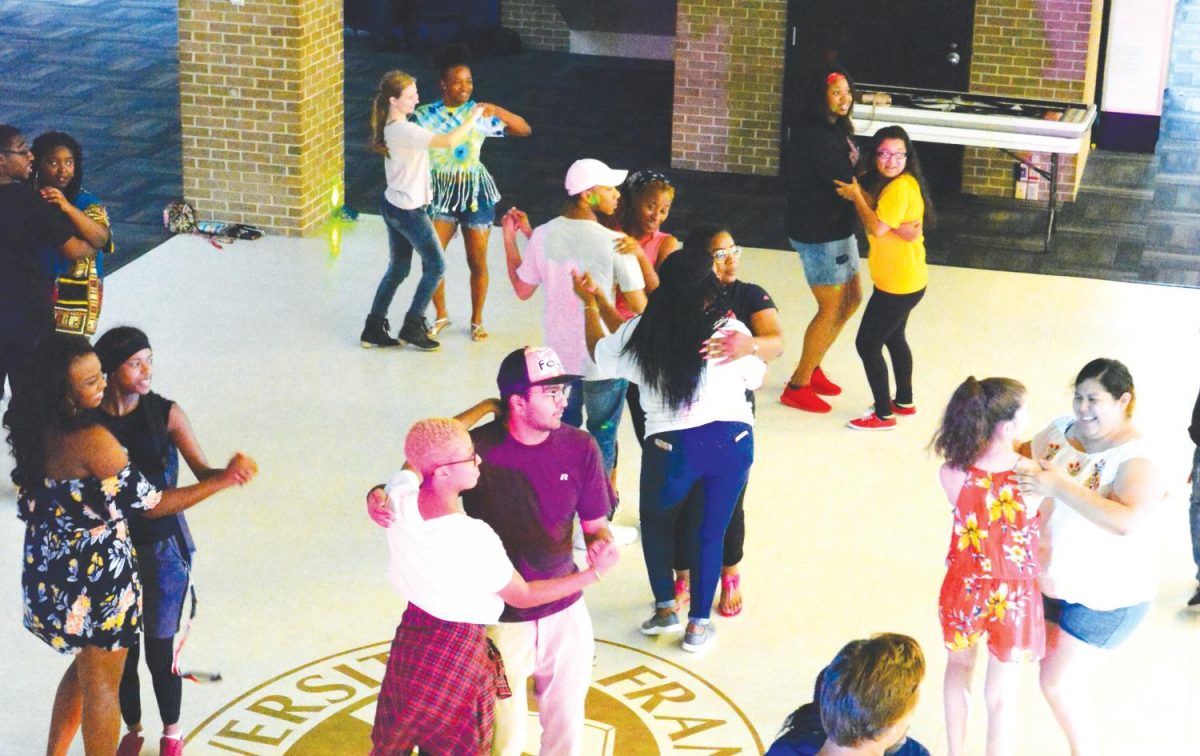 According to LaTasha Brand, assistant dean of students, FMU has developed a strong partnership with Salsa Magic and its coordinators. Brand said that, while the event typically is a success overall, attendees often are a bit timid to begin dancing unfamiliar steps publicly. However, the instructors make the event enjoyable and help students become more comfortable throughout the event.

“The event usually starts slow but is a lot of fun once the students begin,” Brand said.

Senior attendee Chanie Robinson-Cain said that the event was a success and that similar events should be held on campus more events.

According to Robinson-Cain, who has been on two dance teams at FMU, she had no problem with getting on the dance floor and practicing the dances. Robinson-Cain said she attended Salsa Magic for the first time and found the event to be enjoyable.

“I think events like this are necessary and super fun,” Robinson-Cain said.

Throughout the event, attendees were asked to continually switch partners and practice with other participants and instructors.

The instructors said that switching partners and practicing with others allows new dancers to be more comfortable with unfamiliar moves.

Freshman William Anth-Forsbers said this was his first time attending the event. He said he expected the event to only consist of a Salsa performance and minimal dancing for attendees. Throughout the event, however, attendees were asked to practice the dance moves with instructors as well.

According to Anth-Forsbers, learning how to Salsa was enjoyable yet challenging.

“I think this event is fun and very difficult,” Anth-Forsbers said.

Anth-Forsbers and Robinson-Cain said they were glad they attended the event. They said they wished more people attended Salsa Magic and participated in such an enjoyable event. According to Anth-Forsbers and Robinson-Cain, learning how to Salsa was a fun way to learn about other cultures, and they enjoyed being able to take a break from the traditional classroom learning setting.

For some students, the event was a course requirement, while others attended because of personal interest. According to several attendees, the event was successful in raising awareness of Hispanic heritage and bringing together students of different backgrounds.