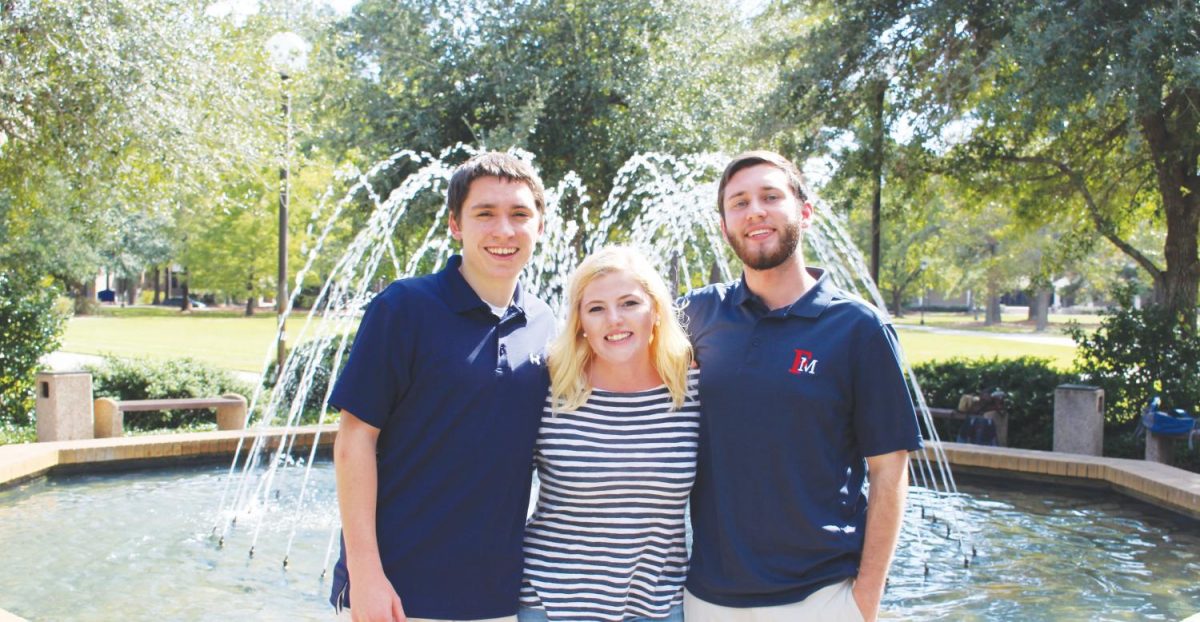 Three FMU seniors assume leadership roles in South Carolina Federation of College Republicans. They plan to increase the club’s presence and its collaboration with other political groups.

After assuming leadership roles in the statewide South Carolina Federation of College Republicans (SCFCR), three FMU seniors seek to help the organization grow and promote change in the Republican Party both on and off college campuses across the state.

Tyler Hughes was elected as the SCFCR’s chair this summer. Subsequently, he appointed two other FMU students to high positions: Austin Halliburton as second vice chair and Kylie Cracknell as membership director.

With these new positions, the three students said they hope to strengthen current chapters and add new chapters across the state.

This election marks the first time that any FMU student has held a statewide position with the SCFCR, according to Hughes.

Hughes said that the SCFCR has grown to 15 active chapters across the state with another possible chapter in development.

According to Cracknell, the individual chapters are ultimately responsible for adding new members. Cracknell’s responsibility is to keep the numbers of each chapter accurate in order to assist their growth.

Halliburton said that he is expected to discuss changes in SCFCR laws and present them at the statewide meeting in his role as second vice chair.

Halliburton has also been elected as head of the  FMU chapter this year.

Halliburton said that some of his goals include organizing debates at FMU featuring political figures from South Carolina and grow the FMU chapter’s numbers.

FMU’s chapter of SCFCR has increased to more than 100 members since Cracknell, Hughes and Halliburton became involved in the program as freshmen in 2014. According to the group members, they expect FMU’s chapter to continue increasing in size and diversity.

Hughes, Halliburton and Cracknell said that they will be able to use their strengths to work together in their new positions. They also said they want to break down the stereotypes of the Republican Party and begin a dialogue with people who do not identify as Republicans.

“I think finding common ground with people is very important,” Halliburton said. “We tend to have a lot of things in common that we might not think about when you just think about the political spectrum.”

Recently, SCFRC held a back-to-school barbecue bash in Columbia to raise funds for the group. This was the first event organized by the new leadership and was sponsored by the Republican gubernatorial candidate and Lieutenant Governor of South Carolina Kevin Bryant. A portion of the funds raised will pay for various social events he promoted in his campaign platform, according to Hughes.

Hughes said his bid for election was a common man’s ground campaign. In his message to voters, Hughes said that he wanted to revamp the online presence of the group, strengthen the organization across the state and work closely with the South Carolina Republican Party.

In previous years, FMU’s chapter has held voter registration drives. This year, Hughes, Halliburton and Cracknell said that they want to organize a statewide voter registration competition between the SCFCR and the College Democrats of South Carolina (CDSC). Hughes said that he hopes the new leaders in the group will advocate for collaboration with CDSC.

“I’m trying to show the leaders in our society and in our government that just because we don’t identify as Democrats doesn’t mean we can’t work with them,” Hughes said.

According to Hughes, Halliburton and Cracknell, FMU’s chapter is politically diverse and includes some people who identify as Libertarians and Socialists.

According to Cracknell, the chapter also reflects FMU’s diverse student body. Cracknell also said that interest among women, a demographic that has tended to vote for the Democratic Party in recent elections, is increasing within the chapter.

“For myself and other women in the Federation, part of the goal in the back of our minds is making sure that we get more female representation in the Republican Party,” Cracknell said.

According to Hughes, the S.C. GOP and SCFCR work together to grow the conservative movement.

Since his election, Hughes said that he has been traveling and speaking with local GOP groups around South Carolina to discuss changes about the future of the Republican Party and the concerns of young Republicans. He also said he is encouraging young Republicans to go to their local county party meetings.