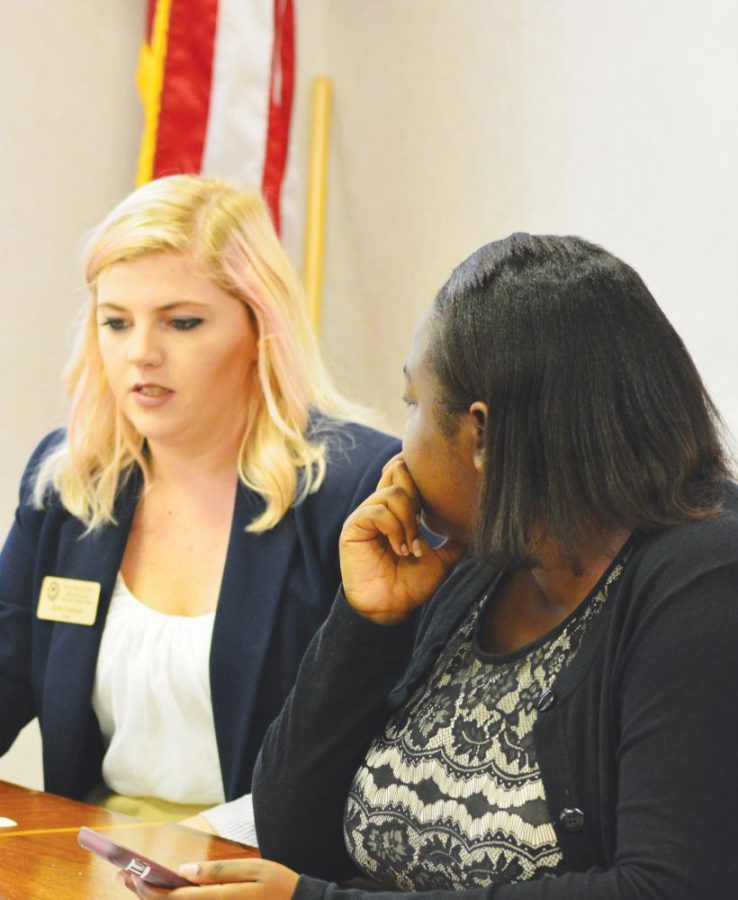 FMU Student Government Association (SGA) passed Bills 101 and 102 to remove the University Programming Board (UPB) from SGA’s constitution and code of laws and allow UPB to function as an independent organization.

The motive for the change came from UPB’s struggles in the recruitment process, according to Assistant Dean of Students LaTasha Brand, the advisor for UPB, and SGA President Marcedes Smith. No official board for UPB was established for the 2017 fall semester, and the next official board may not be in place until spring 2018, according to Brand.

SGA was responsible for bringing in new members for UPB, the South Carolina Student Legislature and themselves. All three organizations adhered to SGA’s recruitment process, which slowed UPB down, according to Smith. This split will allow UPB to run independently and establish their own practices, Smith said.

“We’re both entities that do so much on campus, and we don’t want anybody to be on the back burner,” Smith said. “We want them to continue functioning. They’re the organization that puts on the most events on campus.”

UPB functioned as an independent organization for more than 20 years and worked closely with SGA, according to Smith. During the 2013-2014 academic year, in an effort to promote diversity, UPB was placed under SGA, which had a more diverse membership, Smith said.

“In retrospect what it ended up doing was making it harder for UPB to function because they had to jump through hoops to get things done,” Smith said.

Kylie Cracknell, an SGA senator and author of Bills 101 and 102, said SGA wishes the best for UPB and that SGA and UPB will maintain a strong working relationship in the future.

“People think that we’re splitting up, but we’re still sister organizations,” Smith said. “We removed them that way, for every decision they made, they wouldn’t have to come to us. They’ll be able to make their own decisions.”

SGA will also work hand-in-hand with UPB to create events on campus, according to Smith.

This year, SGA members have been encouraging students to join UPB by word of mouth, and SGA senators are encouraged to wear a newly designed T-shirt promoting both organizations, according to Smith.

UPB is currently accepting applications for the new board. Flyers have been placed on campus.

Brand said she hopes to beef up the recruitment efforts through social media.

Smith said SGA executive officers and Brand will sign a proclamation to announce the changes, but Bills 101 and 102 have officially removed UPB’s recruitment from under SGA.