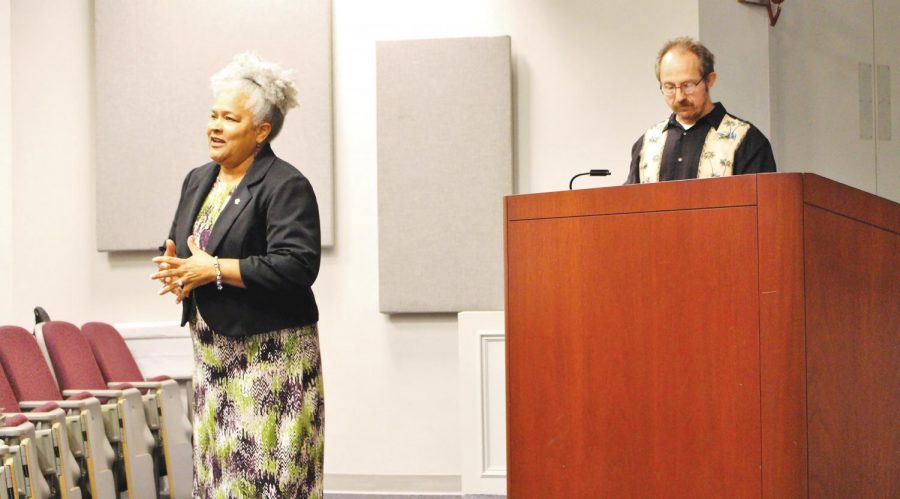 Two showings of “Hidden Figures” took place in the Cauthen Educational Media Center on Oct. 18. The first showing began at 3:30 p.m. and the second at 7:30 p.m. The movie focuses on three African-American women who worked for NASA and had to overcome adversities in their lives during a time of segregation and discrimination against women.

Associate Professor of English Dr. Shawn Smolen-Morten said every time he gets ready to show a film, he talks with different professors to see if they would like to collaborate to increase audience attendance and to serve other programs and classes. He said “Hidden Figures” was a good choice for collaboration between fields and organizations, especially Women in STEM.

According to Smolen-Morton, the movie is a story about African-American women during the Civil Rights era. He said women struggled to move forward in their professions because they were women, and this is still a recurring issue today.

“Human beings have been on the Earth for more than 3,000 years,” Smolen-Morton said. “It’s not like men were doing math and women weren’t.”

According to Smolen-Morton, it is important for students to come and see the films the English Film Series shows because they teach students to engage in their culture and become more involved in politics.

Smolen-Morton said the event’s purpose goes beyond entertainment; it is learning the ways of society.

Smolen-Morton said this movie shows the African-American history he tries to teach in his English Film Studies class, which is an important part of American history.

Other professors from different fields attended the showing of “Hidden Figures,” such as biology professors Lisa Pike and Dr. Norma Salcedo.

According to Pike, there should be more support for women in STEM, and this film brings attention to this issue. She said there are programs and grants to help some women interested in STEM move forward and possibly go to college so that they can succeed professionally.