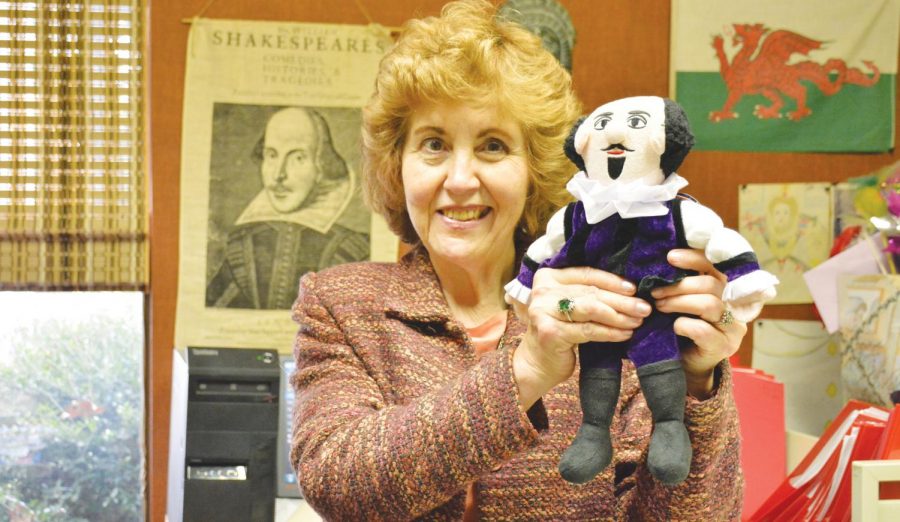 Dr. Fred Carter, president of FMU, said he could not think of anyone more deserving to be honored for this scholarship.

“Here is a professor that began here decades ago with a strong love of literature and a commitment to share that love of literature with students she has taught over the years,” Carter said. “Of all the faculty I know on this campus, no one has been more loyal to that focus than Dr. Jacobs.”

According to Carter, Jacobs’ love of literature pairs greatly with her strong teaching skills.

“She is, in her own right, a legend in terms of her commitment to superb instruction, and almost all of that instruction focuses on understanding literature and the lessons literature can provide you as a student,” Carter said.

Carter said Jacobs’ love of literature, particularly focused on Shakespeare, has been apparent since she started at FMU.

“Most of us leave graduate school imbued with a sense of knowledge and have a desire to go out and teach young men and women what we have learned,” Carter said. “Without question Linda Jacobs has an enormous love of literature. In virtually every conversation you have with her, that love of literature will come out in some form, typically focused on Shakespeare.”

Although, Jacobs’ love for literature has only been apparent to those at FMU for the last few decades, it has been in her life for a much longer time.

“I grew up in eastern Kentucky on a chicken farm and I had a father who loved literature.” Jacobs said. “He ordered a whole set of books for me before I was born.”

Jacobs said her father, a disabled World War II veteran, wanted to be a history professor, but never got the chance. Because of that, it had an influence on her chosen career path.

Because of Jacobs’ inherent ability to take a conversation about literature to the next level, those at FMU decided to come up with a way to honor her.

According to Carter, a discussion began a few years ago with Dr. Rebecca Flannagan, Dr. Christopher Johnson and Professor  Keith Best about ways to honor Jacobs and her immense love for literature.

“It didn’t take an enormous amount of imagination to come up with a possibility of developing a scholarship in her name,” Carter said. “Clearly that’s the kind of thing she would appreciate the most from the standpoint of preserving her legacy and her commitment of teaching to our students over the years.”

Carter said the scholarship will be awarded to someone who shows their love for Shakespeare in their own life and to the community of FMU. The award recipient will be chosen by two departments: the department of fine arts and the department of English.

“Shakespeare was a robust guy and he was shared by two departments,” Carter said. “Some of that is in the literature and some of that is performance.”

According to Carter, the funding for the scholarship is being raised privately by the university.

According to Carter, the goal is to have the first recipient of the scholarship named for fall of 2018.

Jacobs said the scholarship is focused on the most important thing, which is the students.

“I think I was born to be a teacher more than a scholar, though I love scholarship too,” Jacobs said. “The students are what it is all about. It has been a total joy to me to teach generations of students.”