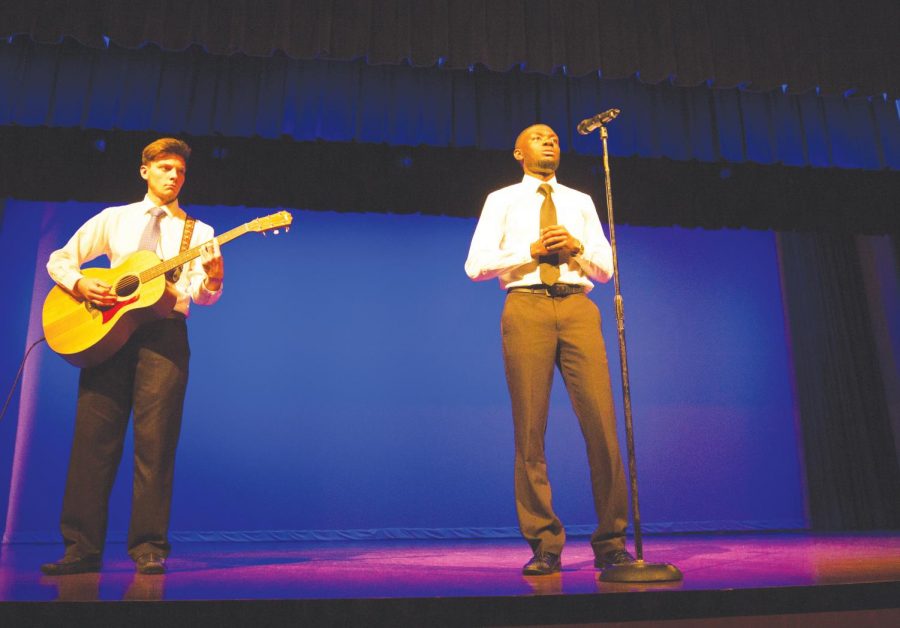 FMU partnered with The Greater Florence Chamber of Commerce to host their 20th Annual Martin Luther King Celebration on campus where the university was presented a $1000 check for the General Scholarship Fund.

The event began with a march in remembrance of Dr. King starting at the Wallace House front lawn leading to the celebration in Chapman Auditorium. Once in the auditorium, the ceremony began with the singing of the first and third verses of the Black American National Anthem.

To honor Dr. King’s passion for equality and inclusion, the Chamber of Commerce, along with other event sponsors FMU, McLeod Health, HopeHealth, AccuStaff, and iHeart Media, presented the $1000 check to the university. Director of Community & Minority Enterprise for the Chamber of Commerce, Les Echols, presented the check to President Carter during the closing remarks.

Cierra Pinckney, YGB public relations coordinator, said she hopes the performance was a reminder to everyone that we have the power to speak life into scary or uncertain situations by standing for peace.

YGB director, Jeffrey Lampkin, thought ‘Peace Be Still’ by James Cleveland was very appropriate with all the confusion and turmoil that seems to be in the world today. During the song, YGB honored the actions of Dr. King along with civil rights activist Rosa Parks, former President Barack Obama and Jesus Christ through showing their pictures and singing their names.

Ervin presented the keynote address for the evening’s event and gave a powerful 16-minute speech to attendees.

Throughout her speech, she referenced many different occurrences where nonviolence was met with violence and how Dr. King and other activists gracefully handled these situations. She spoke to the audience in a melodic way that provoked thoughts of unity and peace.

“Dr. King pushed for nonviolence,” Ervin said. “Even in a process that began with nonviolence, there were others that reacted with violence. When Dr. King spoke, he encouraged people to understand and realize that the things that he went through, he still maintained his spiritual aspects of love and peace.”