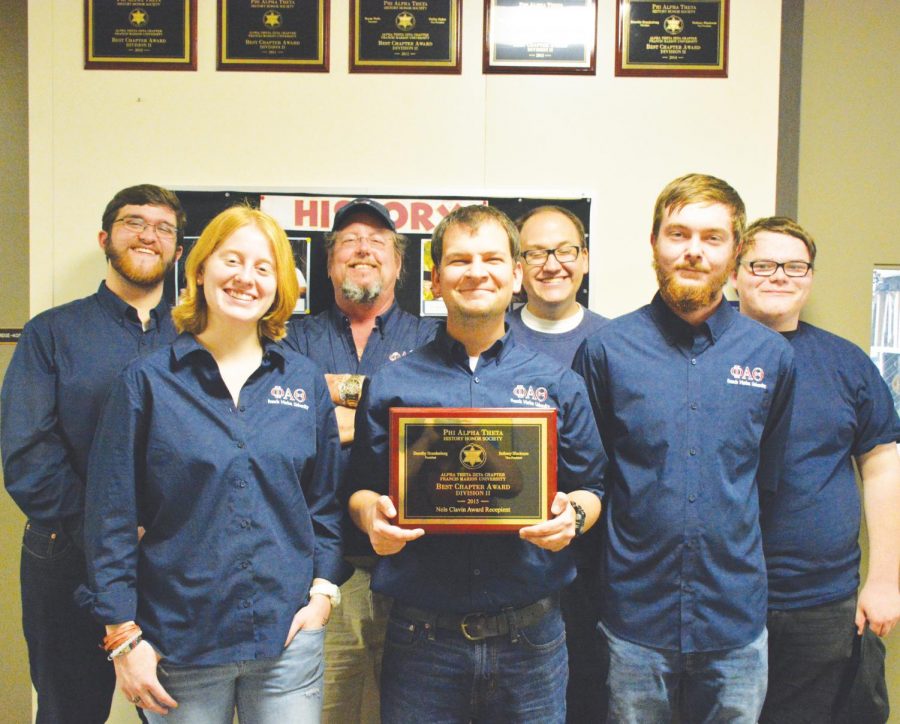 History professors and students travel to New Orleans for a conference to present papers written by six undergraduates.

The FMU chapter of Phi Alpha Theta was recognized during the 2018 Biennial Conference for receiving the the Nels Claven Founders Award for best overall chapter in the nation, and the National Best Chapter Award for their division.

According to Kennedy, associate provost for academic affairs and history professor, the students presented papers that were done as a senior thesis or papers from upper level history classes.

“The papers presented are from all different areas of history,” Kennedy said. “The conference is pretty cool. Students and faculty from universities all over America and Canada presented at the conference. The topics range from Civil War history to European History. Anything that’s a historical topic they can present.”

Kennedy also said one of the highlights of the conference was being recognized for winning the National Best Chapter award in division two for the last 10 years, as well as winning the Nels Claven Founders Award for the last five years in a row.

“At the Presidents Banquet at the conference, they read off best chapter awards, and we were able to stand and receive those awards,” Kennedy said. “In fact, even one of our former members received one of their scholarship awards to go to the University of Tennessee for his graduate program. So for a small little school and small department, we’re doing really well. “

Kennedy said the result of the chapters decision to invest time in building strong relationships with one another, community service and getting more involved on campus are all contributing factors to the chapters success.

“We do a lot of fundraising. Every year we do a used and recycled reading fundraiser at Arts International, which is held in downtown Florence each spring. Students and faculty donate books for the fundraiser,” Kennedy said. The faculty has squirreled away tons and tons of books, that we have stored all over campus. It’s a really big fundraiser that we rely on each year.”

Kennedy also said the chapter’s success can be traced back to the family – like relationship the chapter has developed.

“We go to the renaissance fair every year,” Kennedy said. “We all dress up. By now, we all own our own costumes. It’s a blast. Another thing that really promotes bonding is the lounge designated for history students. They go there and they study together. It’s a great environment for them to really nerd out and get to know one another. Many of them share the same interests, so they go there in between classes and hang out.”

Jake Pack, a member of Phi Alpha Theta, said even though he is a junior and just recently started hanging out with the other members, he felt welcomed and a part of a community almost immediately.

“I didn’t start hanging out with Phi Alpha Theta or going in the lounge until fall of 2017,” Pack said. “I just wanted to wait and make sure I had all the credits that made me eligible before I got involved. But I stepped in and immediately felt accepted. It was great to join a group of people that had the same interest as I do and that feel the same about history and how it should be portrayed in education.”

Pack also said the strong relationships built are definitely a contributing factor to the recent awards and overall academic success of the chapter.