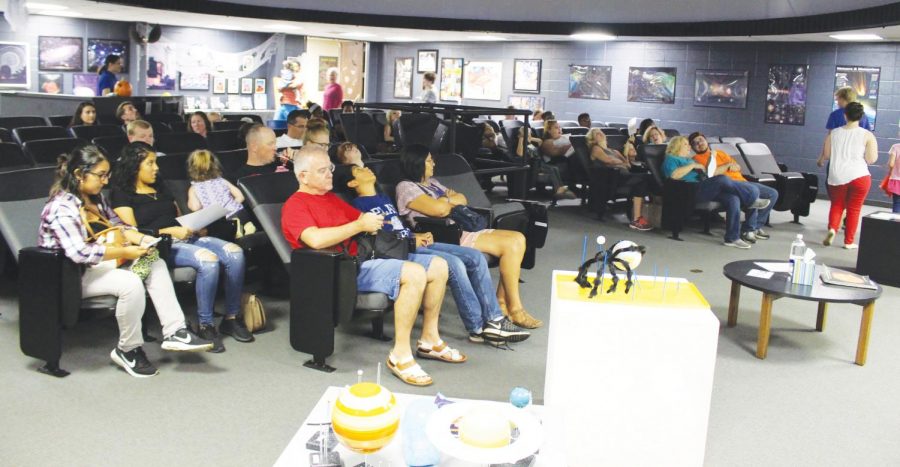 During the month of January, FMU’s Dooley Planetarium celebrates its 40th anniversary with students and community members. This month there will be two shows at the planetarium.

The FMU Dooley Planetarium will celebrate its 40th anniversary this year.

The planetarium hosted its first public show on Jan. 29, 1978, and it continues to serve community members through providing free shows to the public.

During the month of January, the planetarium plans to host two shows. The first show, “Sesame Street: One World, One Sky, Big Bird’s Adventure” was shown on Jan. 14. It is aimed toward a young audience of ages four to six. The second show, “Distant Worlds: Alien Life?,” was originally produced by LWL-Planetarium Munster and will be shown on Jan. 28th.

Director of Dooley Planetarium Dr. Jeannette Meyers said honoring the tradition of holding free shows each month will continue to act as the catalyst for growth of the planetarium.

“We’ve been seeing larger and larger crowds attending the programs throughout the year,” Meyers said.

Reflecting on the planetarium’s success, Meyers said a lot of the growth is a direct product of the work of many people over the years have contributed time and effort into the program.

Ed Dooley, associate professor of chemistry at FMU, served as the first director of the planetarium.

During his time as director, he involved himself in many ventures that would long be remembered. This included “Skywatch,” which was a program created and filmed by Dooley, that aired on WBTW from 1978-1988. Meyers said things like “Skywatch” and other contributions Dooley made are still celebrated and are the reason why the planetarium has left a lasting impression on the public.

Meyers also  said one of the biggest updates was changing from the Spitz-512 projector to a fully digital system, which occurred in 2014.

“The planetarium has seen a lot of changes in the past few years. Going digital was huge,” Meyers said.

“We also relocated our star projector to the South Carolina State Museum,” Meyers said. “It was cool because the planetarium received a lot of media coverage when we moved the projector. I went to Columbia and helped put the projector back together.”

In 2016, the planetarium underwent more cosmetic renovations: such as a new layout, carpet, paint and chairs. Both the 2014 and 2016 renovations notably improved overall productivity of the planetarium, Meyers said.

According to Meyers, none of this will change anytime soon.

“Really, all we hope to do is to continue to put on shows and programs for members of the Pee Dee and visitors. These shows are free and accessible to all. We want the education that the planetarium provides for our community to continue on for many years to come” said Meyers.