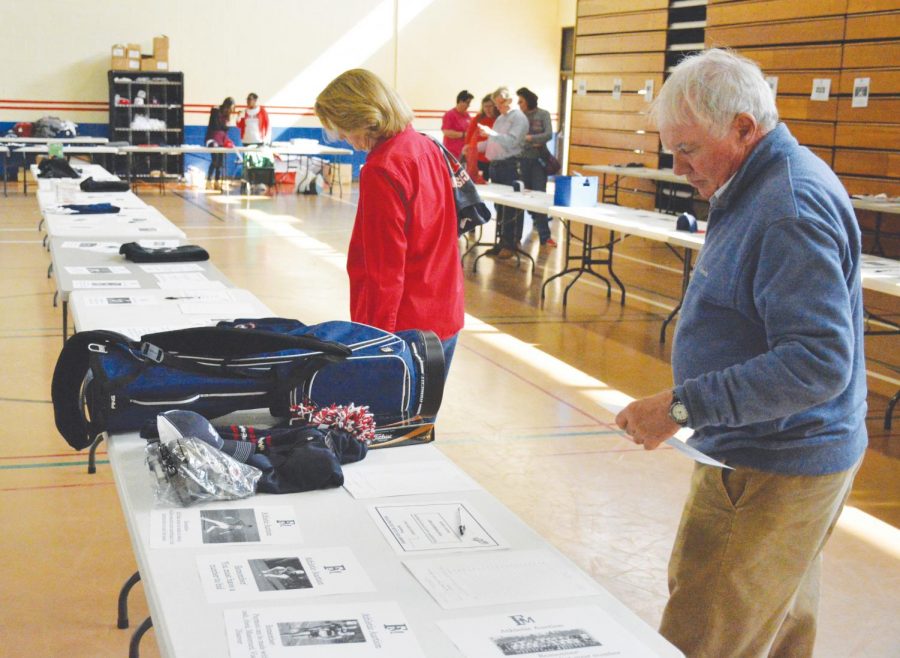 Members of the FMU community look through the items up for auction during the 2018 Homecoming Silent Auction. Proceeds from the auction go to the FMU Athletics Department.

During the Homecoming celebrations on Feb. 10, the FMU Athletics Program hosted a silent auction in the Smith University Center (UC) gym to raise money for athletic programs and scholarships.

The silent auction began at 11 a.m. and ended at half-time during the men’s basketball game against North Georgia University.

“The best thing to know about today is that every free staff member I have is helping,” Hartzler said. “The athletes generally know the money is coming back to them. All of the athletic teams help out during today.”

There are five people working for Hartzler in the FMU Athletics Department. Hartzler said providing for the student athletes is a team effort.

“We know we all have to pitch in and help if we want to try to have better stuff for the student athletes,” Hartzler said.

There were 60 items displayed this year for auction, such as gift certificates to local restaurants, free rounds of golf at local country clubs and FMU athletics apparel.

Hartzler said most of the items come from partnerships with local businesses and organizations or private donations. He also said members of the Athletic Department go out and ask local business for donations.

“It’s about establishing relationships with those people,” Hartzler said.

Hartzler said the homecoming silent auction is a smaller event leading to a larger-scale auction at the FMU Performing Arts Center on April 26.

During the larger auction, Hartzler said there will be a silent auction of around 40 things and a live auction of about 15 items. At this auction, there will be bigger items for sale, such as vacation homes and a golden retriever puppy.

After the silent auction, members of the Athletics Department worked on transporting items out of the UC gym to an upstair area so winning bidders could pick up their items.