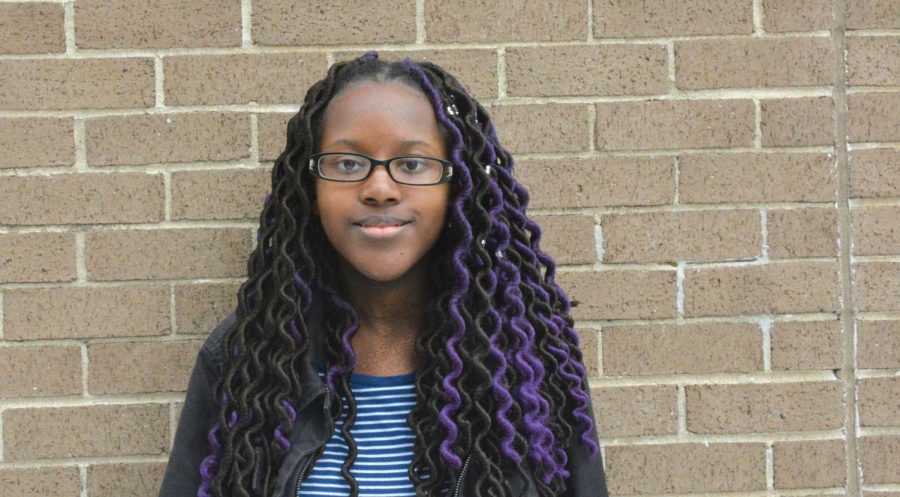 Aolani Robinson is excited as she applies to graduate school in Cork, Ireland through the Fulbright program.

FMU will recruit interested students to apply for educational opportunities provided by the Fulbright program, a study-abroad program, starting in the upcoming spring semester.

Fulbright is a government program monitored by the U.S. Department of State’s Bureau of Educational and Cultural Affairs, which was established in 1946 from legislation introduced by Sen. J. William Fulbright.

According to Wendy Caldwell, Spanish program coordinator and professor of Spanish, not all universities have an affiliation with Fulbright. In fact, Caldwell said it was not until she began serving on the Fulbright National Screening Committee in 2016 that she recognized the opportunity to establish an affiliation between FMU and Fulbright.

Caldwell said with recruitment beginning in the spring, interested students who are about to enter their senior year work on the application during the late spring and summer, to make the deadline in early October of their senior year. She said there are two options for students to consider in the Fulbright program: the English teaching assistantship, which funds a student of any major to travel to a partnered country to assist a professor and work on an original project; and a master’s program at an affiliated university in another country.

Additionally, Caldwell, who functions as the representative of FMU’s affiliation with Fulbright, said students can approach her with questions about the program and the application; which consists of two essays, a description of the applicant’s academic background and travel experience, letters of recommendation, and if English is not the main language, a language test.

Caldwell said that although it is not necessary for a university to have an affiliation, it is an invaluable asset. She said this relationship and her experience from being on the screening committee have allowed her to assist FMU’s first Fulbright applicant in applying for this competitive program.

Senior Aolani Robinson, a creative writing major, is applying for the master’s degree program option, and she hopes to study in Cork, Ireland if accepted.

“Before I started the application process, I had always had the desire to travel the world someday,” Robinson said. “That’s why I participated in the late spring course to Germany last May. However, it wasn’t until I started applying for the Fulbright that I really became interested in going abroad possibly for graduate school. As for graduate school, my mother has always pushed me to go beyond just my bachelor’s degree. That means that I already knew that I was going to go to graduate school even as a freshman.”

Robinson said she would like to continue her passion for creative writing in graduate school.

“If I am accepted, I plan on studying creative writing for my master’s,” Robinson said. “My dream has always been to become an author someday. I think that studying abroad would help me achieve that goal because other countries, such as Ireland, have their own unique histories, mythologies and cultures that I can draw inspiration from for my writing.”

With the application process being quite involved, Robinson said she prepared for it early on and managed to focus carefully on each part of it.

“The application process was tough, but I think that starting it early really helped me,” Robinson said. “I started working on everything over the summer, including the essays. Starting so early took some of the pressure off of me and made it easier to just focus on one step at a time.”

“Dr. Caldwell was a tremendous help throughout this entire process,” Robinson said. “She provided guidance through every step of the process. It would have been much more difficult to go through the application process without her help. I’m really glad that Francis Marion has someone like her available to assist students with this process.”

For other students, she said taking initiative to start early and consider the various options makes the process much easier.

“To other students who are interested in applying for a Fulbright, I would advise them to do their research and to start as early as possible,” Robinson said. “There are other programs that the Fulbright program offers besides studying abroad, such as a program for those who want to teach English in another country. That means that students who don’t want to go to graduate school could also apply. Really doing your research is the best way to find the right Fulbright opportunity for you, and starting early makes the process go a lot smoother.”