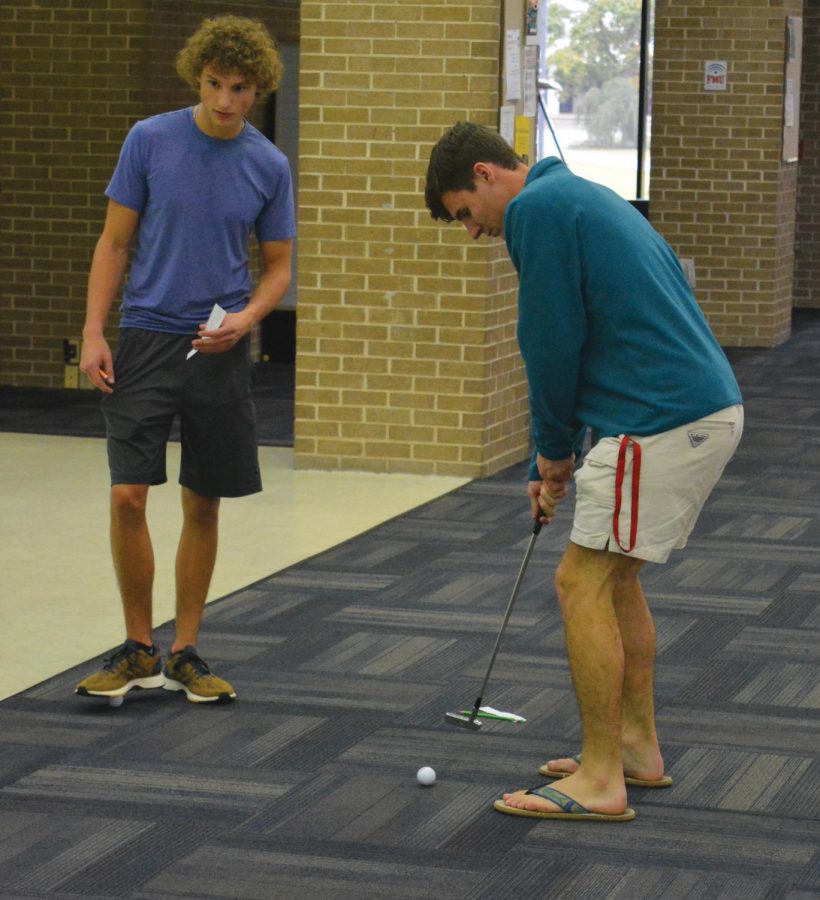 The Ultimate Putt-Putt Tournament is one of many intramural sporting events which are held throughout the semester. It is a game similar to golf, where there are nine holes, and mostly the same rules.

Derrick Young, director of recreational and evening programs, said the event had rules in place to prevent people from cheating.

“Ultimate Putt-Putt, one of our yearly programs, has nine holes, just like golf,” Young said. “Except here, everyone is paired up with someone else so there is no cheating. Each member on the team will account for the other person.”

Young said the event gave students another opportunity to socialize, and wasn’t costly.

“It is something different and it did not cost much to host this event; it’s just another activity for our students to participate in,” Young said. “In addition, like every tournament, there are prizes. One for the women’s champion and one for the men’s champion.”

Senior Amanda Wagner said this event was something that she would recommend all students to participate in to relieve stress.

“I would recommend this for anyone because this is a stress reliever, especially when exams are coming up,” Wagner said. “You can release all your anger into it because Putt-Putt is about hitting a ball through a hole, and so the physical concept puts you at ease.”

Upcoming intramural events are  the Outdoor Soccer tournament, which will be held on Nov. 7, and the Madden Football Tournament on Nov. 12. These events are open to all students.

If anyone wants to participate in these intramural sports, they will have to sign up ahead of time.