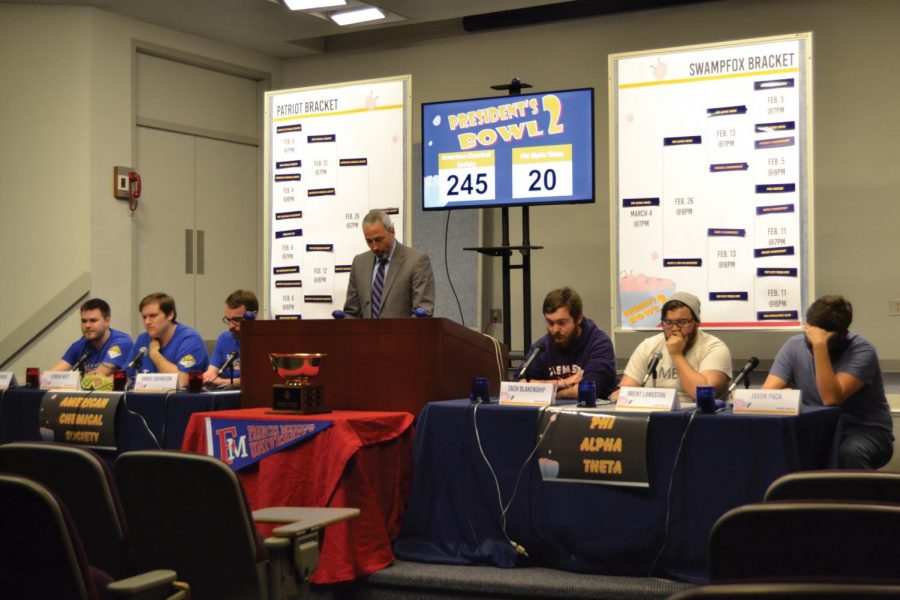 ACS leads 245-20 in the final match of the President's Bowl against Phi Alpha Theta.

“We don’t really train in a way that you would think for most competitions because it is so random what they can ask,” Pack said. “So really it has just been hours brushing up on Wikipedia.”

Corbin Witt, captain of the ACS team, said he was proud of his team’s achievement in the competition. He had a few ideas about how the team would spend the prize money. Last year, they used the money to renovate the chemistry student lounge in the Leatherman Science Facility. This year, they plan to complete the renovation by getting new furniture.

Christopher Johnson, professor of English, was one of the organizers of the event.

“All the President Bowl matches have been a lot of fun, presented a lot of good sport and they have been exciting,” Johnson said.