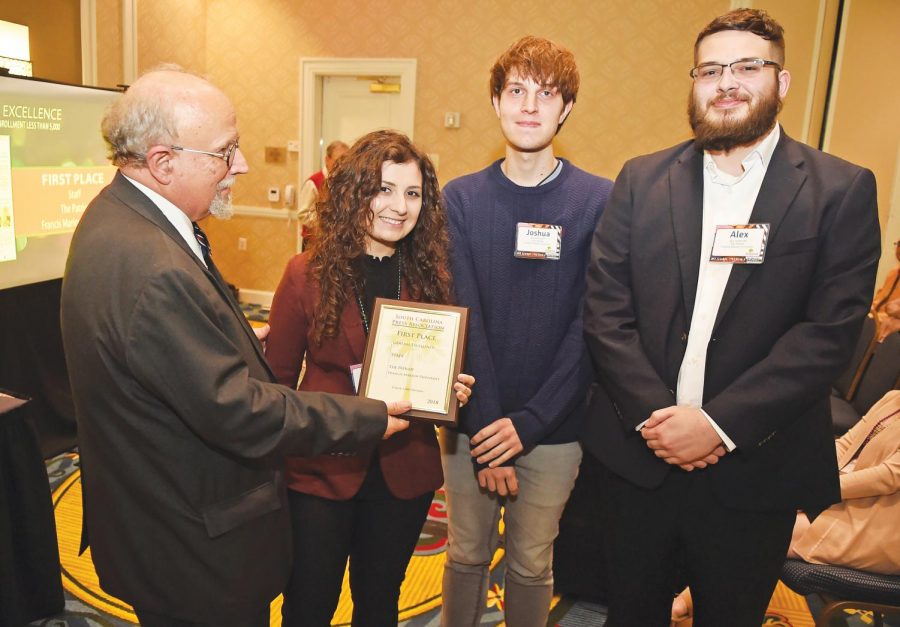 The Patriot took home eight awards at the South Carolina Press Association’s (SCPA) annual awards ceremony for the year of 2018 on April 6 at the Marriott Hotel in Columbia.

Toward the end of the fall semester, Patriot staff members submitted articles and pictures from different editions of The Patriot that fit into different categories, which were set by the SCPA. SCPA then judged the submissions.

In the collegiate division for colleges with under 5,000 students, The Patriot won first place in general excellence, second place for page one design and third place for special section or edition.

The judges said the issues submitted for the awards had “very good writing throughout the publications and very good news judgment with the front-page stories.”

The competition was open to 17 collegiate newspapers around the state. Typically, the collegiate divisions are hosted separately for state and local newspapers, but this year, the ceremonies were held on the same day.

The Patriot looks forward to representing FMU again at the competition next year.