Housing gets a face-lift 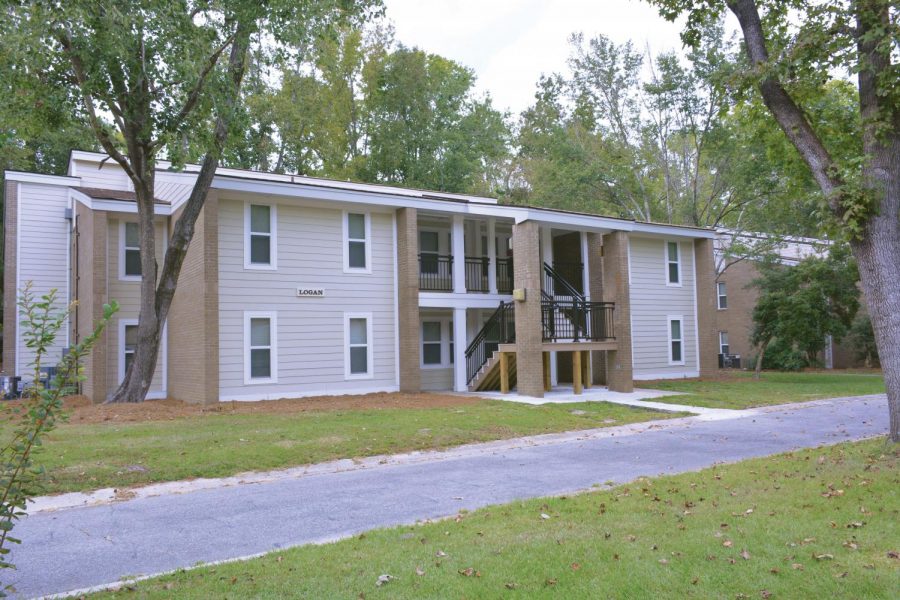 A front view of the renovated Village apartments.

FMU’s Village apartments recently got a makeover as the outside of the buildings received a much-needed remodel over the summer.

Cheryl Tuttle, director of housing and residence life, said the renovation came after the housing had not been remodeled for several years.

“It was an exterior-only renovation,” Tuttle said. “Those apartments had not been completely renovated in an exterior method since the inception of the apartments. There have been little upgrades here and there, but as far as a complete renovation that was the first one.”

Tuttle also said the housing and residence life staff are very happy with the way the work turned out.

“We’re just delighted,” Tuttle said. “We think it looks beautiful. Our students refer to that area, the village, as the ‘Oldies,’ and the forest villas as the ‘Newbies.’ So, when they sign up for a space it’s, ‘Do you want an oldie or a newbie?’ If things continue with the village apartments, I think we are going to have to reclassify that as Newbie one and Newbie two, because they look so good.”

While the renovations were only to the exterior of the buildings, Tuttle said interior renovations may not be too far behind.

“I’ve been told that within the next two years, we should have funding for interior renovations,” Tuttle said. “It will be great. So, I think they should just get better and better.”

Junior Natalie Bowers, a psychology and mass communication double-major, said she thinks the renovations were worthwhile.

“I think it looks more modern and it looks nicer,” Bowers said. “It looks more taken care of like the rest of campus.”

Senior broadcast major Jaleel Miller said he thought the renovations made the buildings stand out.

“I think they are nice,” Miller said. “They make the campus stand out a little more because they look neater. It’s a great enhancement.”